Viva Las Vegas a day on the strip

A refreshing nights sleep and a nice, but expensive, breakfast in the hotel left us raring to go exploring
what delights Las Vegas had to offer. As we are only here for three days it was decided that today we would have a good look around the hotels and explore the strip.

Im not going to ramble on in todays post but just offer a quick insight into what we did and what we saw. 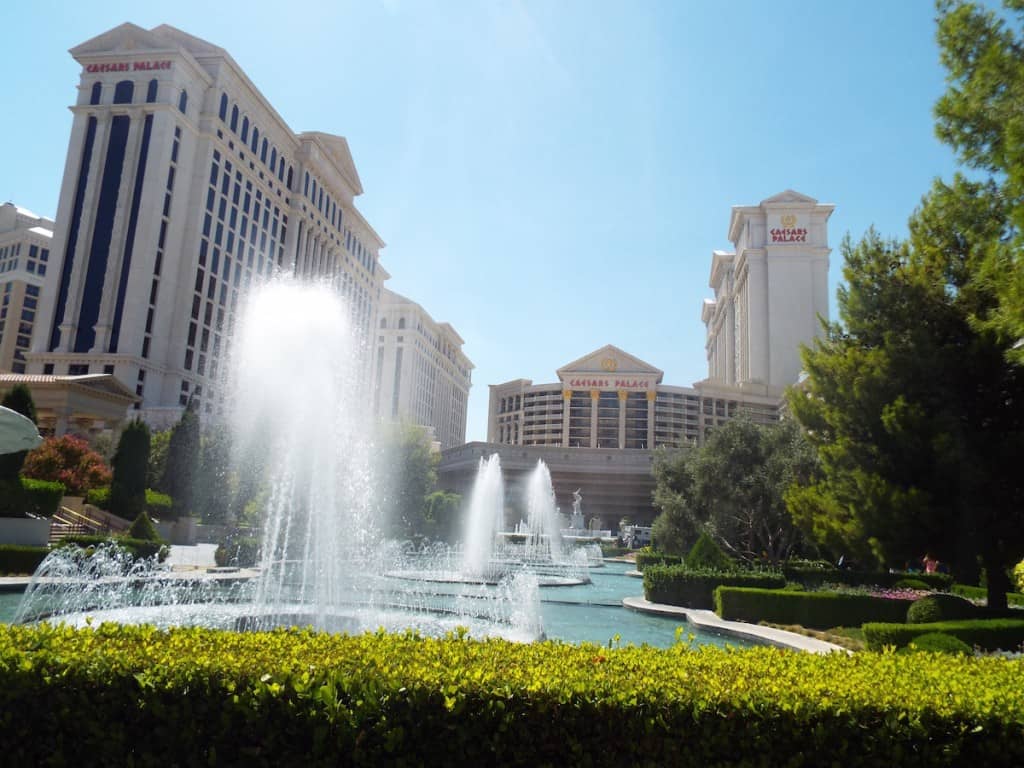 First off was a proper look around the MGM grand and then down along the strip taking in the shops that were not part of a hotel. We had another wander around the Miracle mile to have a look in some of the shops that were not open the previous evening and then headed into the Hotel Paris complete with Eiffel tower, hot air balloon and Parisian streets to wander along lined with shops and eateries. 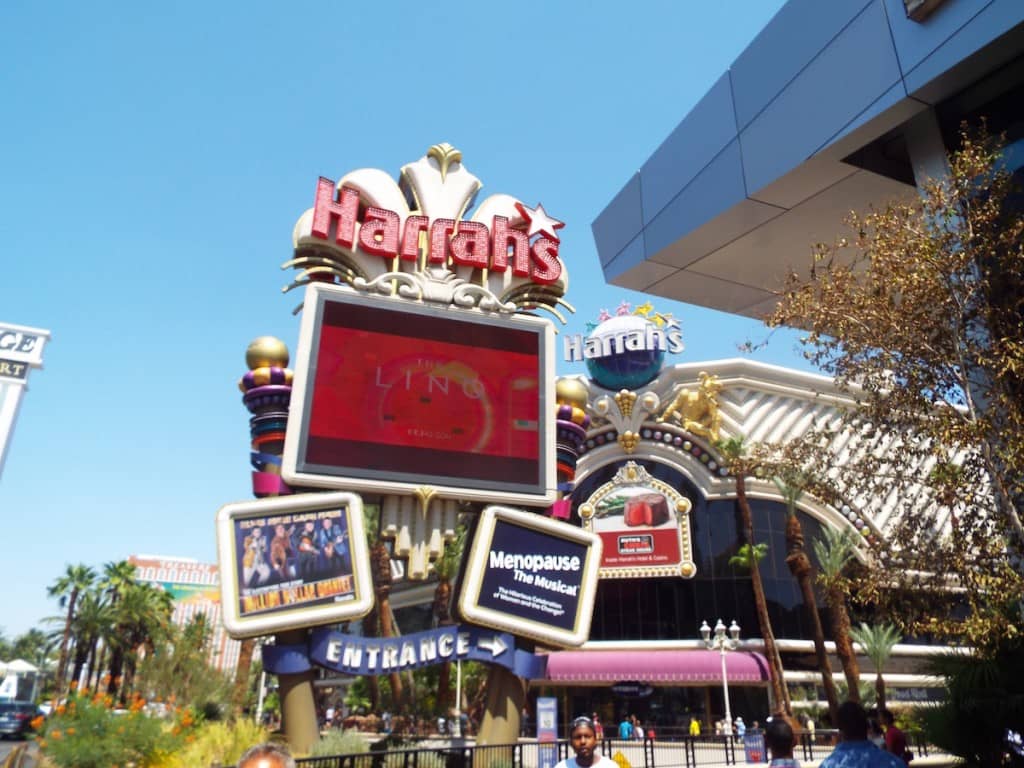 From there we popped next door to wander the expensive shops of Bally’s and then onto the Flamingo, Harrahs and Casino Royale before heading up the stairs and into the canal lined streets of the Venetian hotel. As you wander along the canals of venice ( in the middle of the Nevada desert) you are passed by gondolas singing in Italian to their passengers. The ceilings are lined with Da Vinci reproductions and the malls are all designed to make you think you are in Venice – it even has a reproduction of St Marks square ! It was very nice and was a lot more relaxing than the hustle and bustle of our hotel but like everywhere in vegas it was a bit Disney and the shops were not much different to the other hotels ( Cartier, Hugo Boss, Armani, etc). 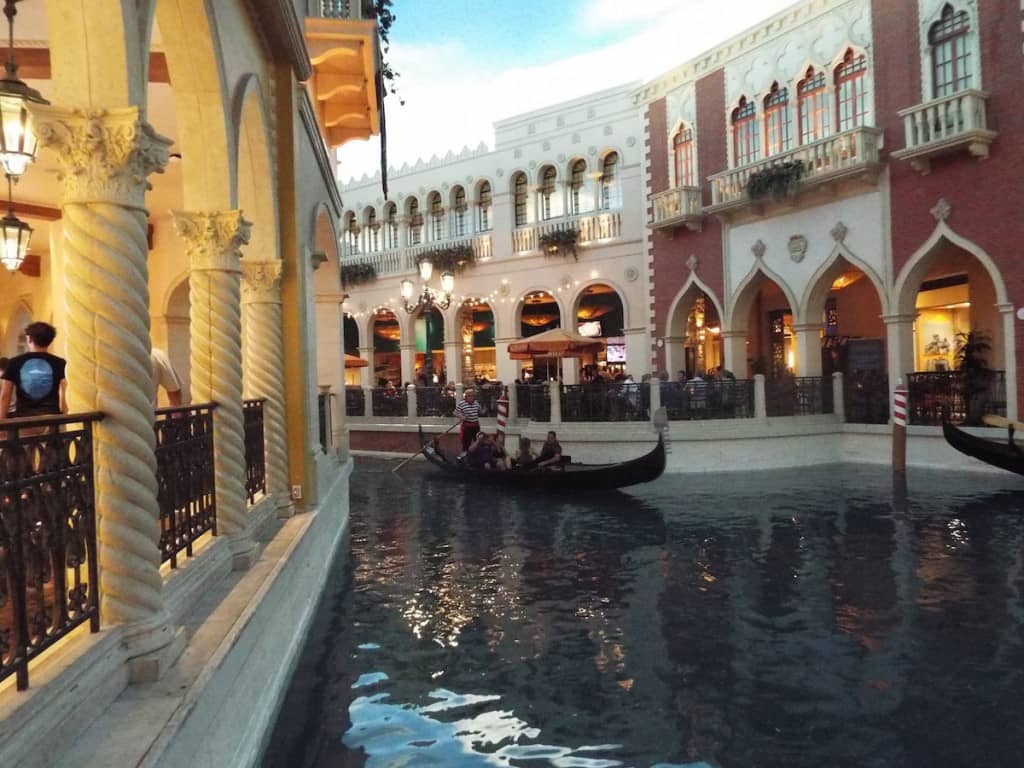 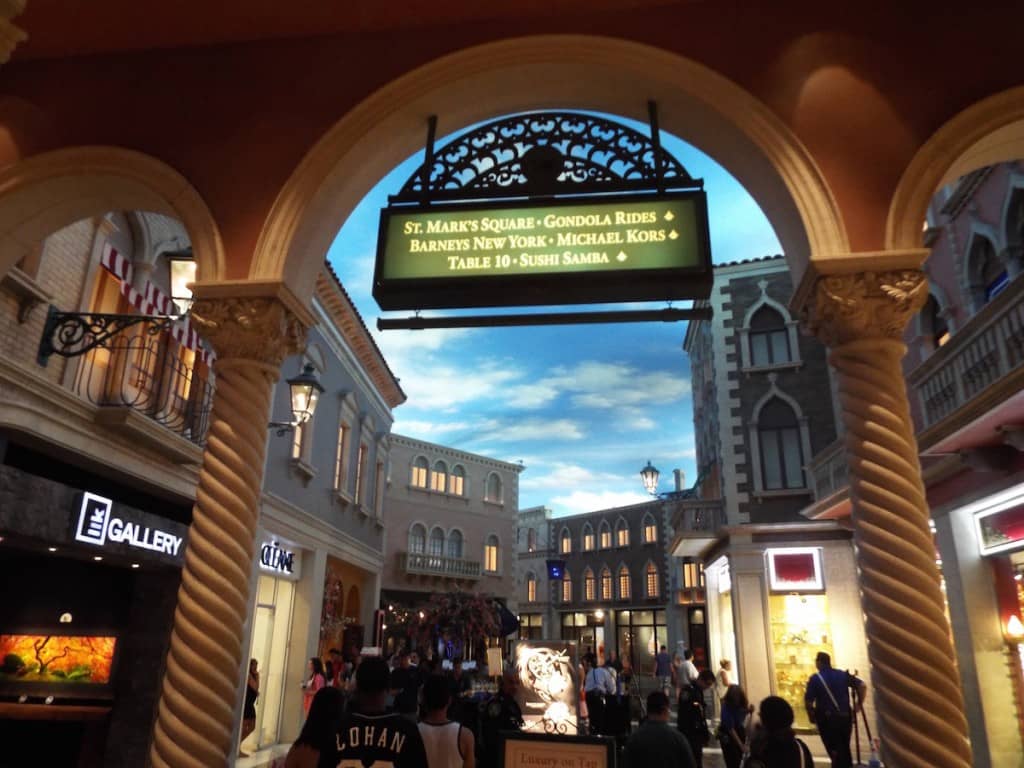 After we headed out of the Venetian we crossed the boulevard to take a quick peek at the Treasure Island and then headed into the MIrage to take a look at the Secret Gardens and Dolphin Habitat. It was bloody expensive to get in so for some reason, despite being able to afford it we decided against it. I think by this point we were starting to lose a certain amount of love for Las Vegas. We looked around the same shops as the other hotels, ate some expensive frozen yoghurt and wandered onto Caesars Palace. 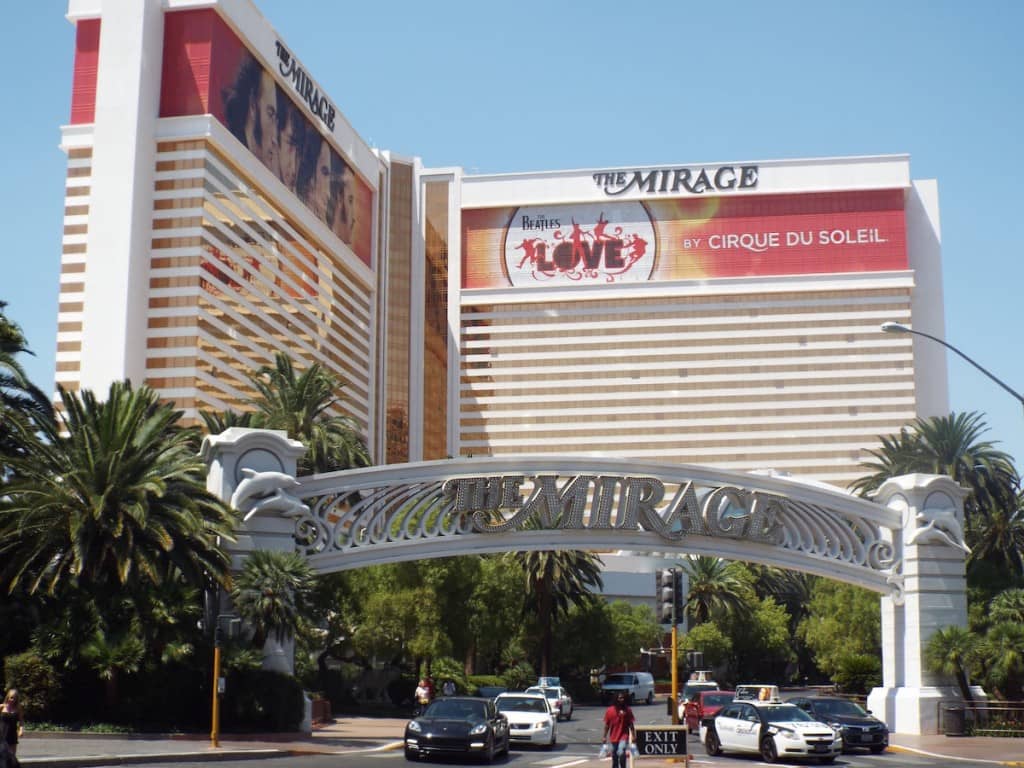 Fantastic looking from the outside with its Romanesque statues and fountains and whilst the inside was equally as impressive it housed the same bloody shops we had already walked round bar one or two. From there we headed to the Bellagio, the Monte Carlo ( which looks nothing like Monte Carlo lol) and eventually back to the NY NY. Despite not covering a huge amount of ground we had walked for miles and miles, we were dripping wet with sweat and we had had our fill of Las Vegas Hotels and Casinos ! So we grabbed some drinks, headed up to the hotel room to shower and rest and contemplate where we were going to eat and how we were going to fill the following day. 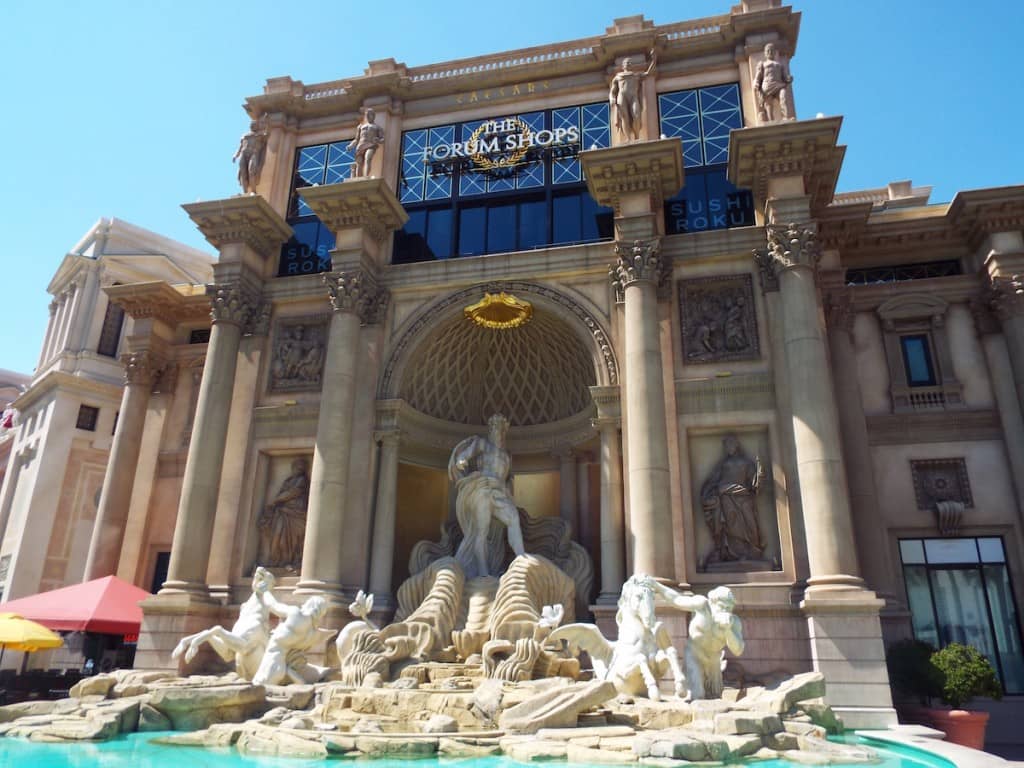 2 Comments on “Viva Las Vegas a day on the strip”