Today was a more leisurely drive of around 200 miles. We could of taken the freeway to Winslow and our next hotel but we wanted to try and and do a bit more of route 66 and see some must see attractions along the way such as the wigwam motel in Holbrook, the Meteor Crater and the town of Williams, Arizona.

We headed out of the Grand Canyon Village relatively early still slightly disappointed at the village ( but not the canyon i must add). We made a huge mistake at stopping at a McDonalds just outside to sample their breakfast thinking it would be quick and cheap and that they would have decent wi-fi – we were wrong on all three unfortunately but it was sustenance and saw us through to our first stop in Williams, Arizona. 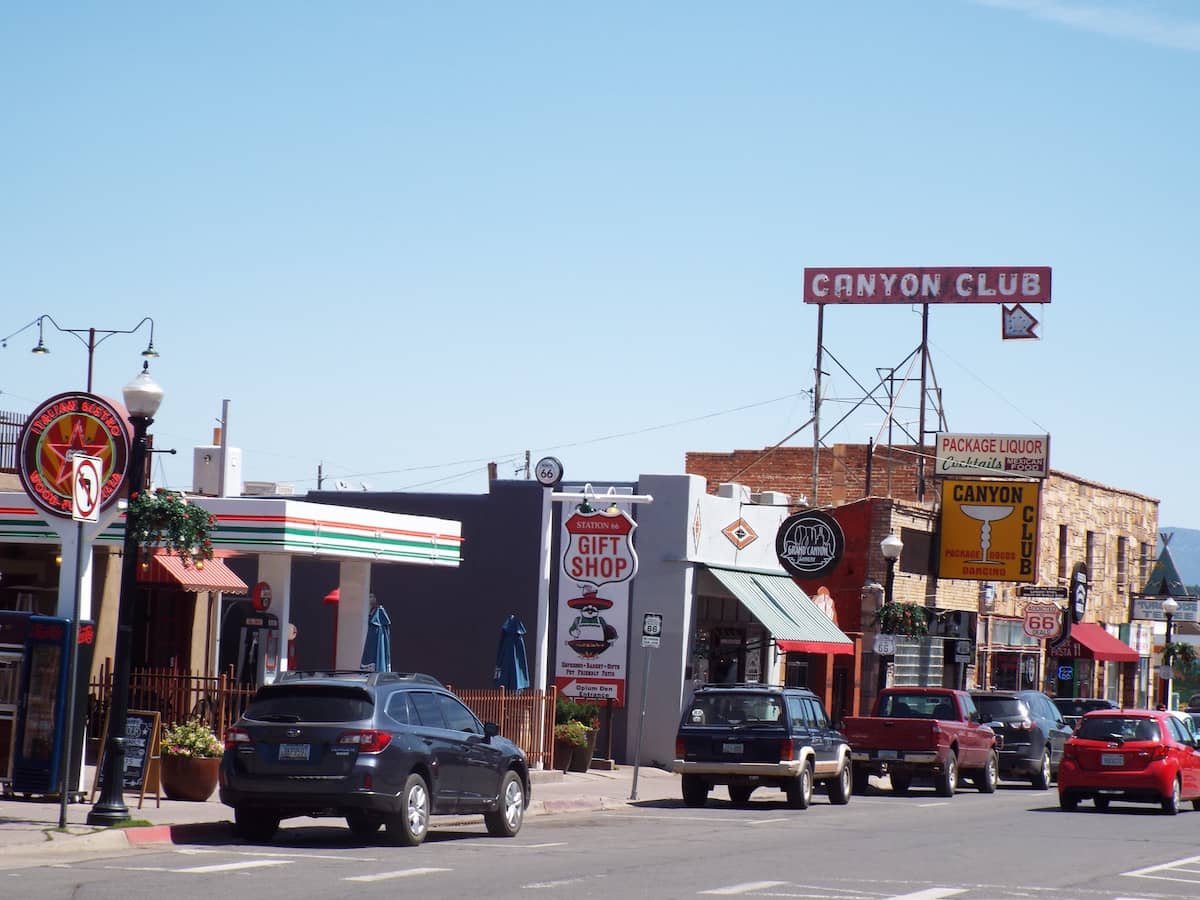 Williams really has made the most of its prime location being the stop on route 66 that most people use to visit the Grand Canyon from. Its a buzzing town with loads of souvenir shops and classic 66 diners and its the place to catch the impressive Grand Canyon Railway train up to the south rim. In hindsight we would of much preferred to visit the canyon this way and spend the night in Williams. We did a bit of gift shopping here, took some photos and had some great Shakes in Twisters Soda Fountain. I can highly recommend the Brown Cow float (cola with chocolate ice cream) or the Cherry Lemonade float ! 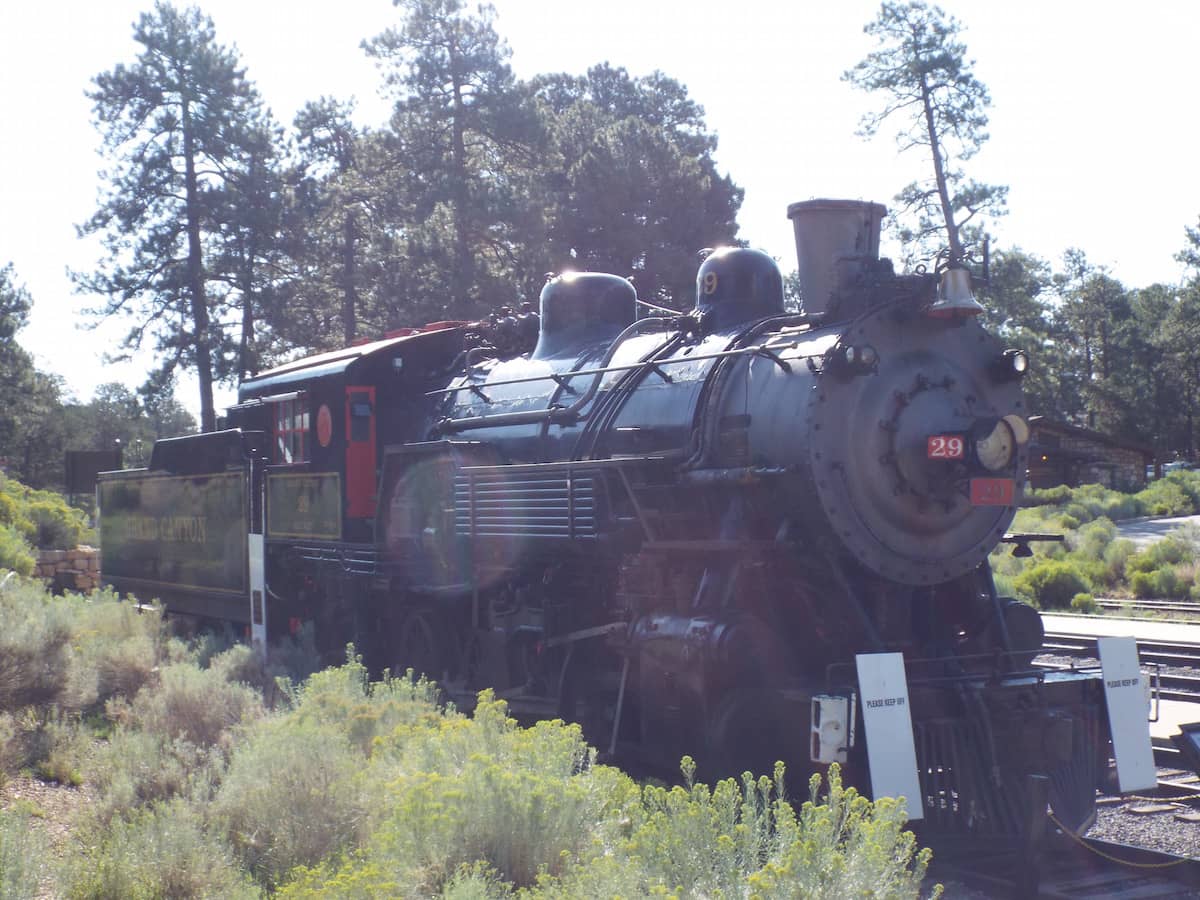 ]A lot of the original route 66 in this area has been decommissioned to the point that you drive a few miles on the I40 and then come off for a few miles or less of 66 and then back onto the I40 again. Our first photo opportunity was Twin Arrows Trading Post. Originally built in 1937 with the iconic giant twin arrows added in 1955 this is yet another ghost building that serves no other purpose than being a canvas for graffiti and photo opportunity for tourists. 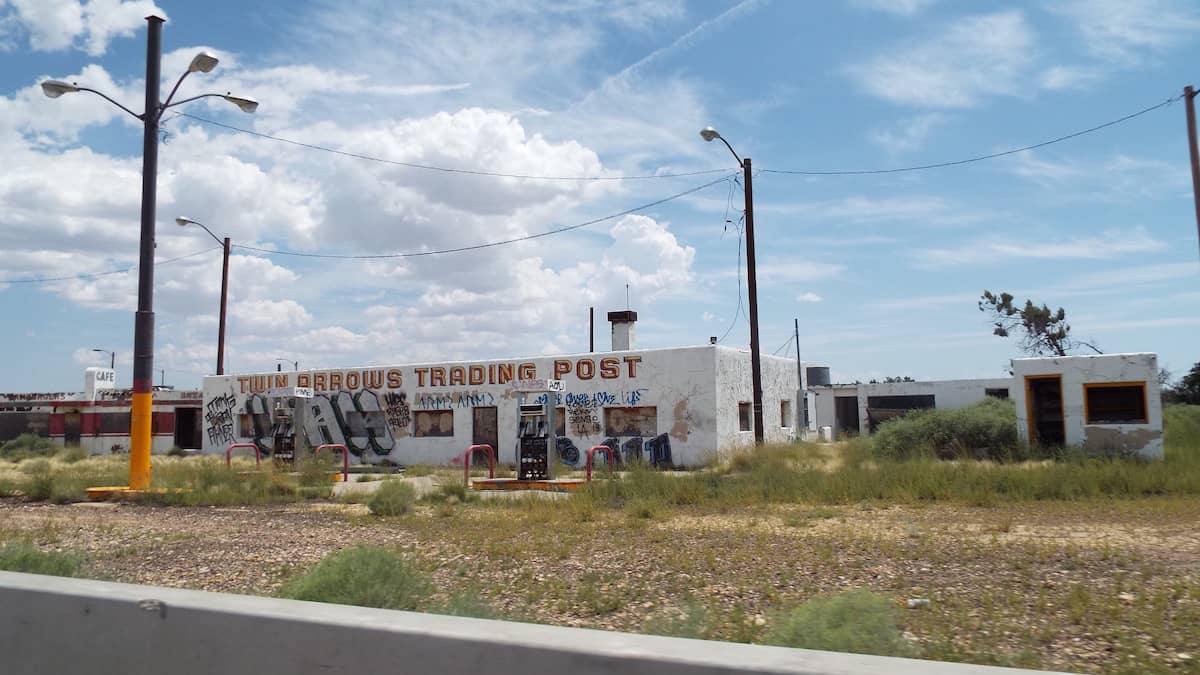 Next stop was to see something you certainly don’t see every day (though that can be said about a lot of America and route 66) A huge Meteor crater. Its a pretty impressive sight and the visitor centre is informative with lots of displays about how and when it happened etc. but after the obligatory photos it was time to head off to our next stop. 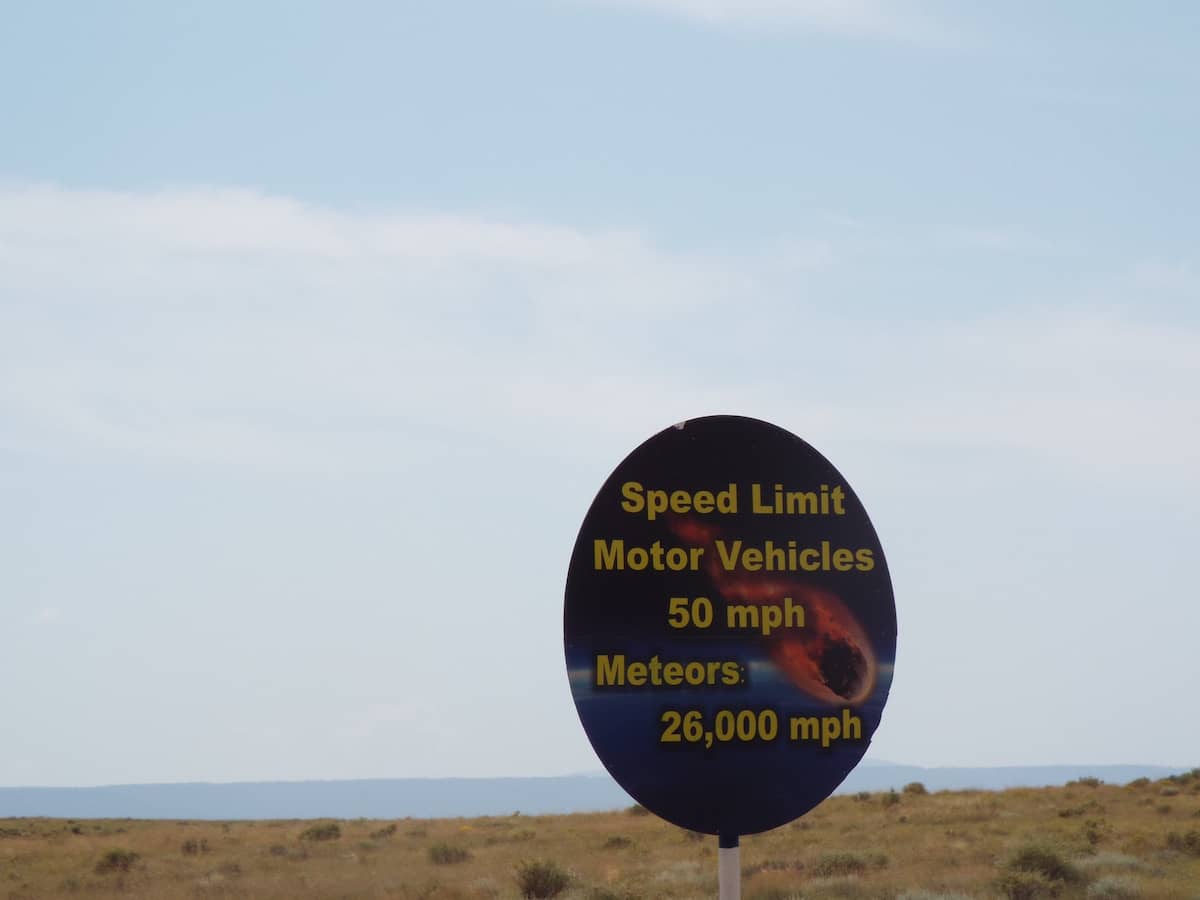 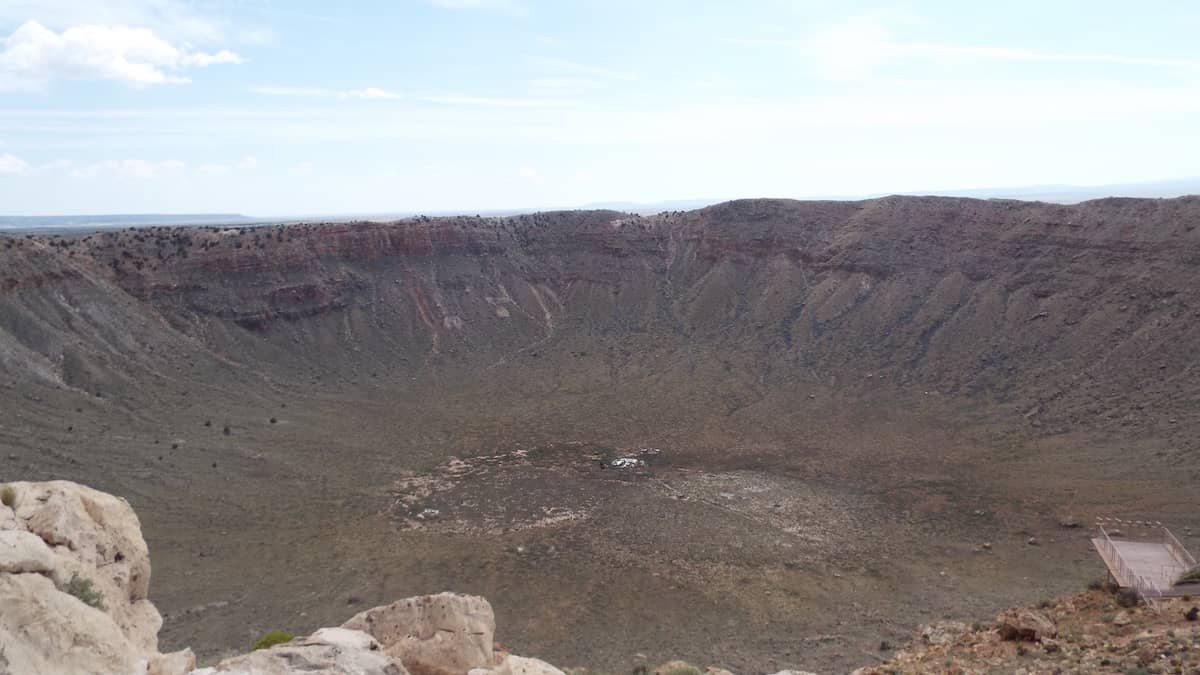 The Meteor City Trading Post is another abandoned trading post though was only left to ruin in 2012. It once was home to longest Route 66 map in the world but now theres not a lot left other than the original building which you can go inside if you are brave (or stupid) enough to do so, some wigwam outbuildings and the worlds largest dream catcher ! Its really sad to see these building that are a stone throw away from the I40 be left to go to ruin and i would of loved to of visited this place in its heyday.

From Meteor city we headed a few intersections up the I40 to The Jack Rabbit Trading Post on the outskirts of the city of Joseph. It’s another Route 66 Icon and its the first time i’ve ever seen a leather clad biker park his Harley up and jump onto the back of a giant Rabbit to have his photo taken. The huge HERE IT IS billboard sitting outside the shop was also copied in the Cars movie. It was another opportunity to buy some fridge magnets, pin badges and T shirts and have a quick chat with the store owner and fill out the obligatory guest book. 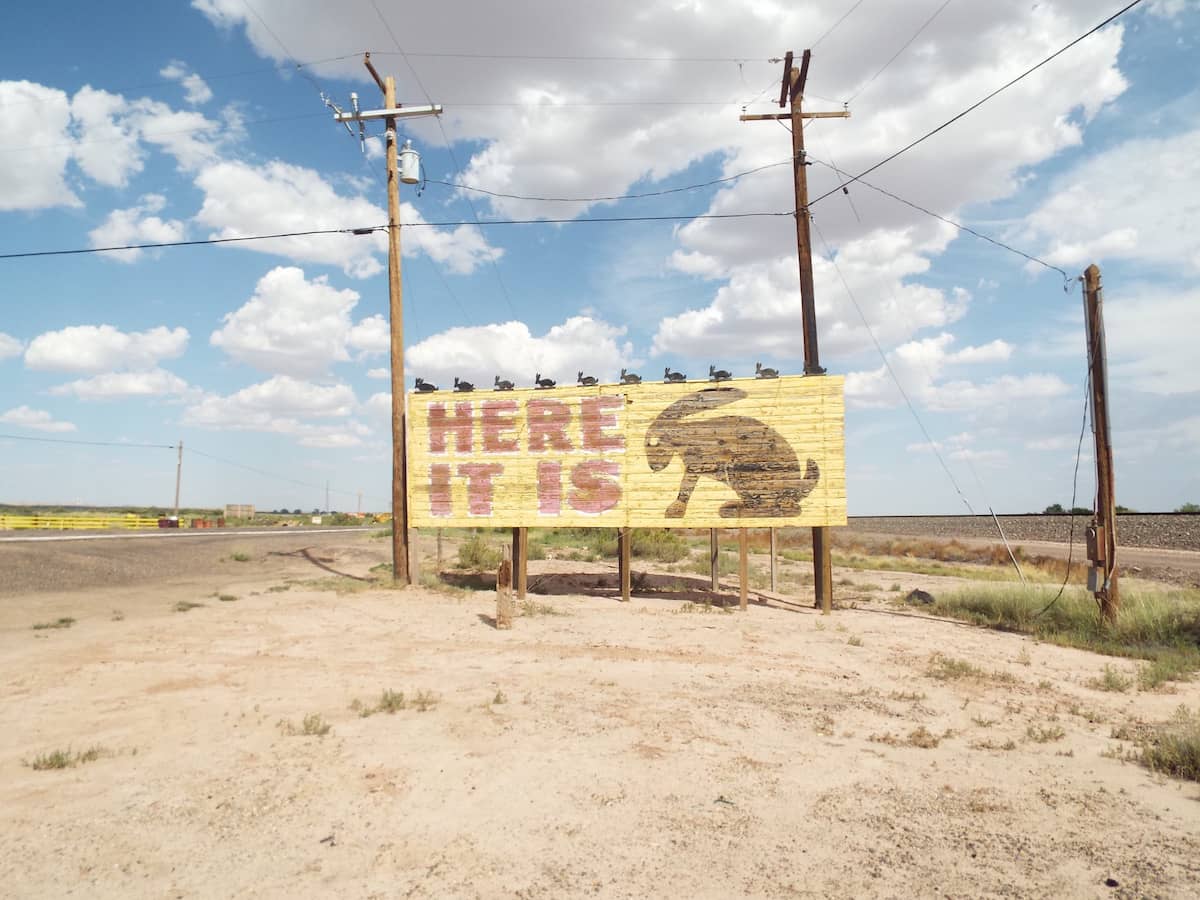 A short 40 mile hop down the I40 brought us to the entrance to the Petrified National Forest. I had seen plenty of pictures of this place on various facebook groups and was really looking forward to it but left slightly disappointed. At this point we had been on the road for several hours and were getting tired but we paid our money to enter the park and begin our drive round. It started off impressively with some stunning views of rock formations but soon that levelled out into flat plains and scrub lands with, as Deb described them, the occasion slag heap ! We stopped at what looked on various photos that i had seen to be a deserted vintage car in the middle of nowhere. In reality it was an artistic monument to the old route 66 path we were on and was a stone throw from the road and set in concrete. 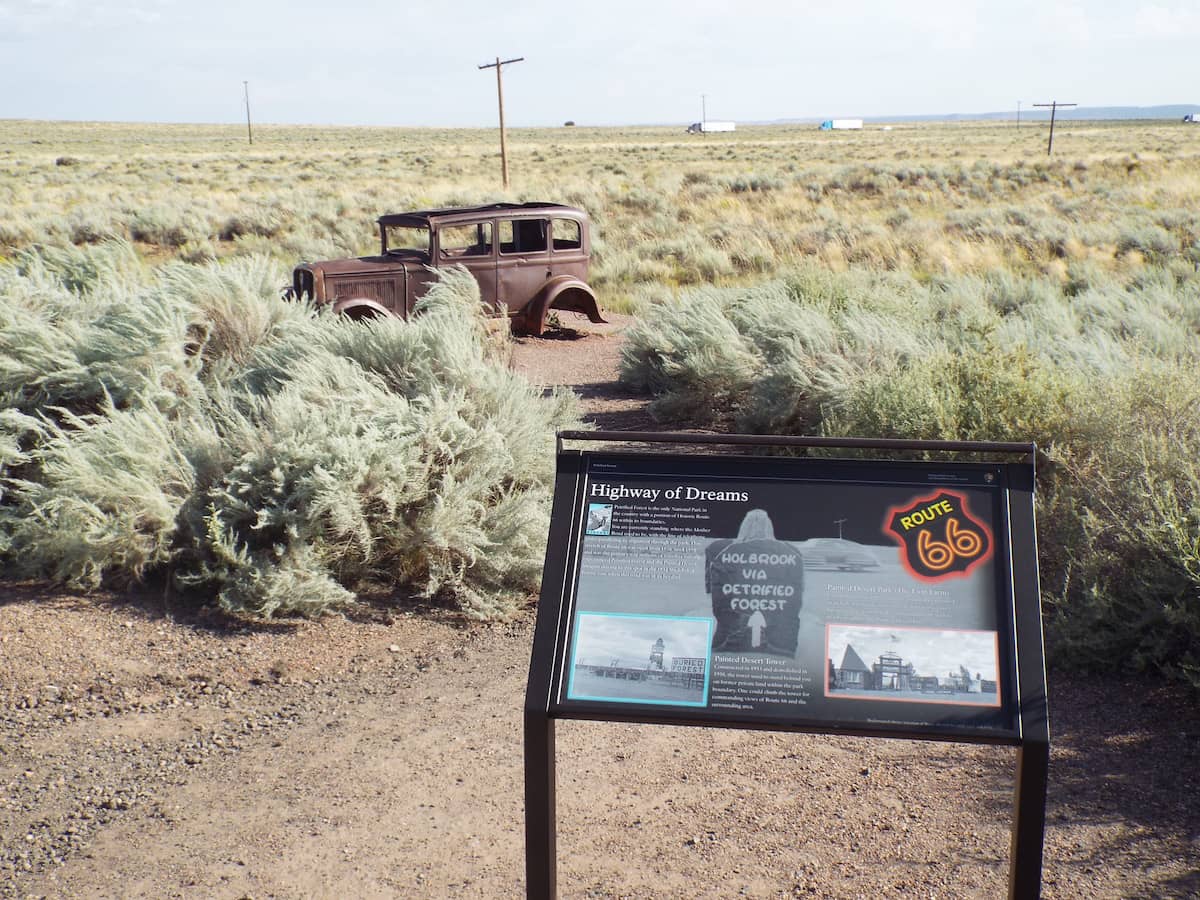 The rest of it was a pleasant drive in which we saw a 2 million year old tree bridge ( which was underpinned with a huge concrete slab), ancient petroglyphs which are essentially cave paintings on huge rocks and boulders and petrified wood galore but it was all a little underwhelming after Monument Valley and the Grand Canyon. Maybe if we were not quite as tired and had more time to explore we would of enjoyed it more. I took a video of the route we took which i will upload as soon as i get round to editing. 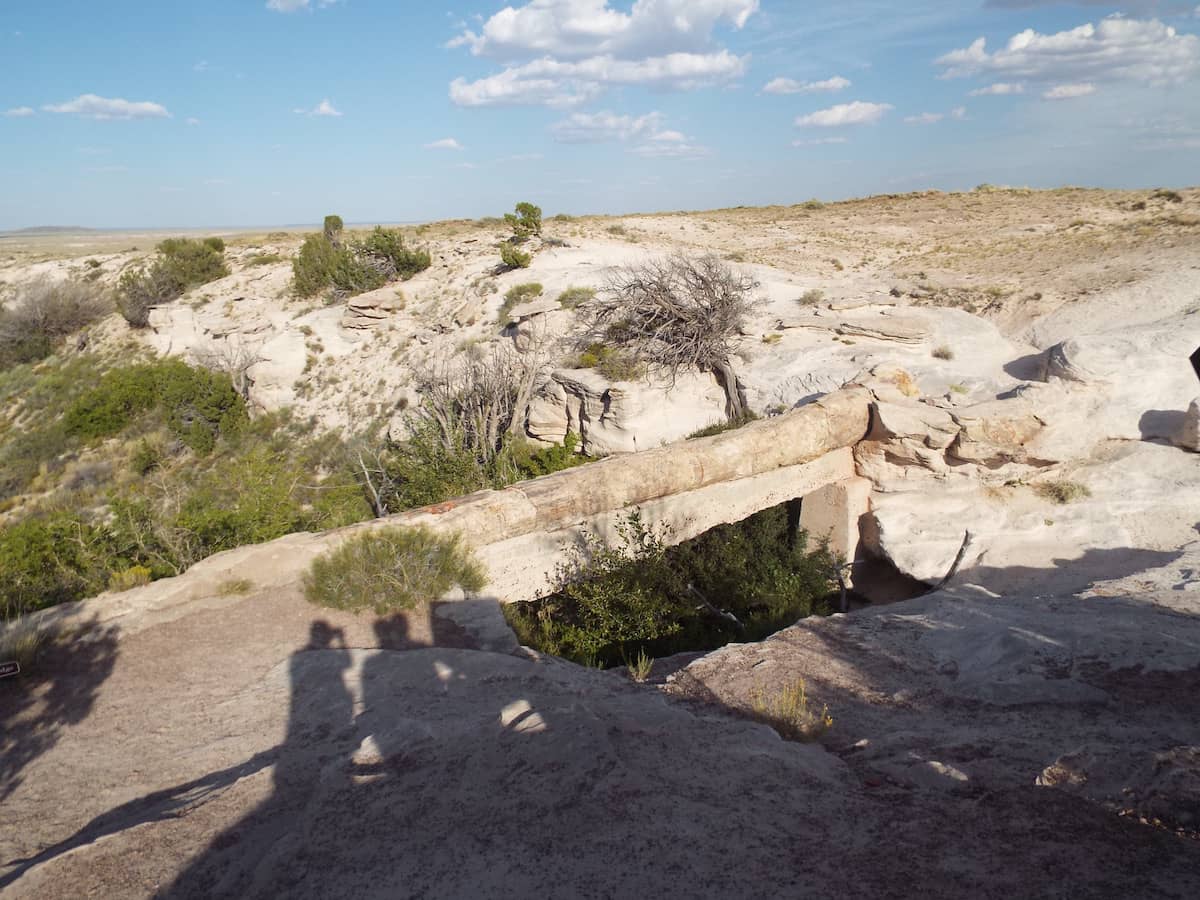 At the end of the Petrified Forest road lay Holbrook. We only really skirted through the town with the main aim being to visit the older of the two Wigwam motels left ( we will be staying at the one in California next week) but it looked a decent enough place with plenty of museums and things to do. 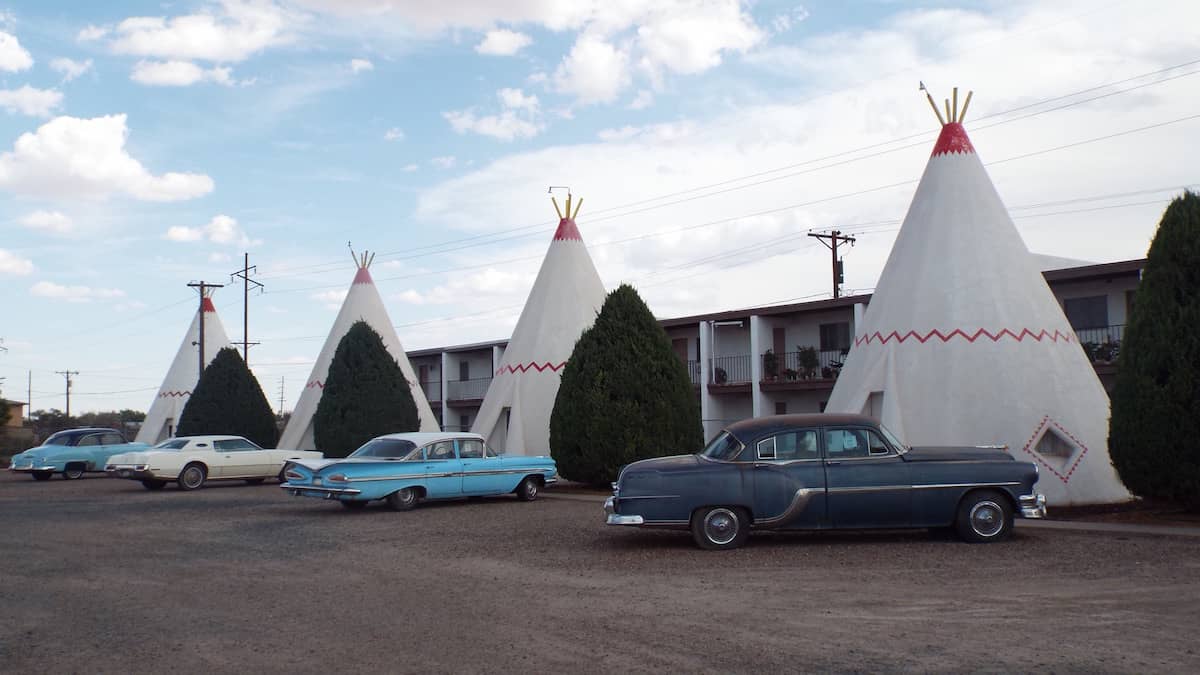 From Holbrook we jumped back onto the I40 for a quick dash up to our base for the evening, La Posada in Winslow. La Posada is part hotel, part museum and part art exhibition. It was originally built as a grand Harvey hotel in 1929 ready to service the Santa Fe railroad that runs right outside its back doors. You can read more about the impressive history of the hotel on La Posada’s Website . The other good thing about La Posada was the restaurant, The Turquoise Room. Fine Dining in the original Harvey Girls style, serving locally sourced organic food with a south west Arizona slant. I was thoroughly impressed with my starter of Piki Bread with Hopi Hummus and my main of Colorado White tailed Deer with Huckleberry sauce, Deb and Oz started with the Stuffed Squash Blossoms which were amazing (though too firey for deb so we swapped half way through) and then had the Killer Vegetable Platter for main. Oz devoured his like there was no tomorrow but Deb was more disconcerting and felt there were too many overpowering flavours to fully enjoy each individual item of the platter. Finally for pud me and Deb shared a Double Chocolate Grand Marnier Souffle which was cooked to perfection and tasted like chocolate heaven whilst Oz had a huge piece of pie but i cant remember what it contained. All in all it was an enjoyable meal and was nice to be eating proper food after so many diners and burgers 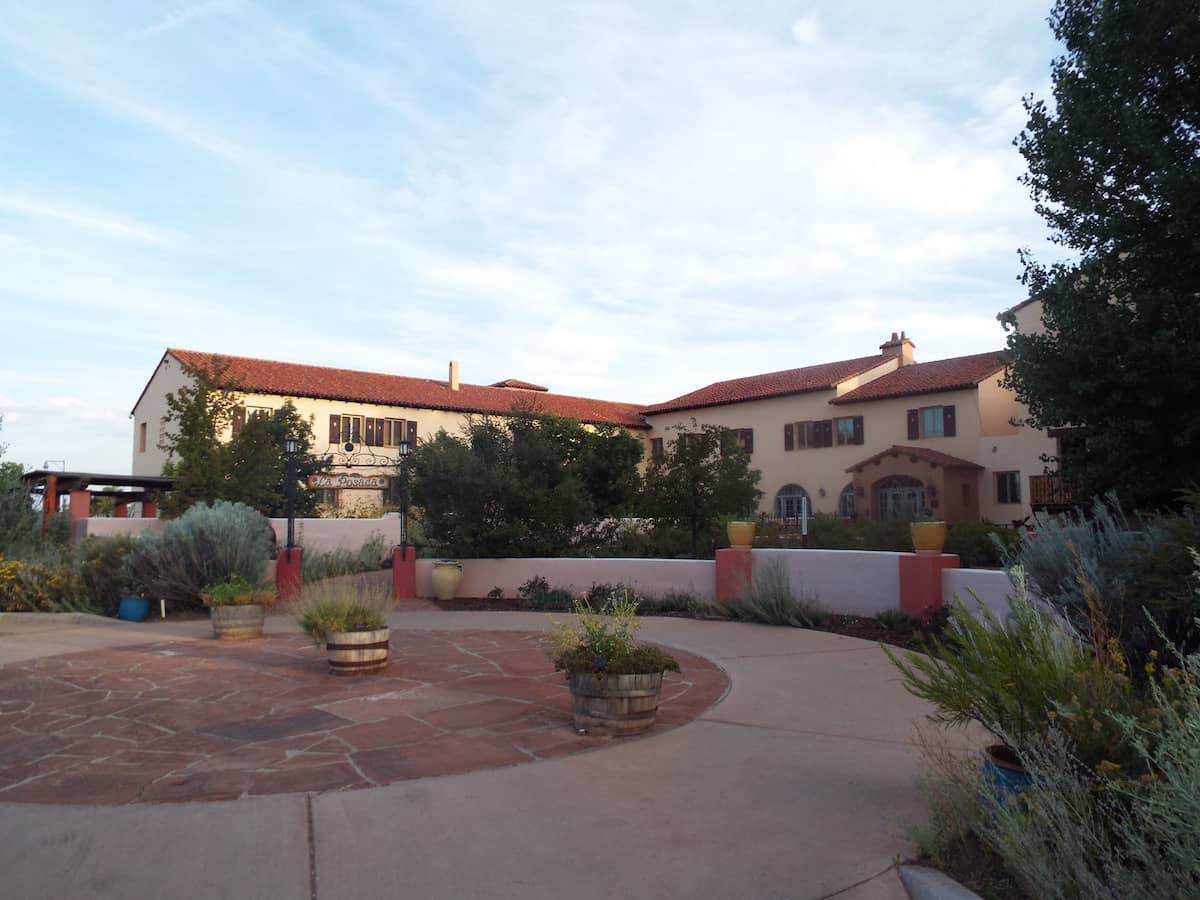