The sky was still gloomy when we left The Wagon Wheel but the worlds biggest rocking chair in Fanning  Missouri was waiting and we weren’t going to let a few grey clouds spoil that !

The rocking Chair is 42 feet and 4 inches tall and dominates the skyline as you approach the Fanning trading post. Its slightly odd but a bit of a modern Route 66 classic (being built in 2008) so after a few cheesy photos we headed in to the trading post. The Trading Post is essentially a gift shop with a shooting range tacked on to the rear and LOTS of stuffed animal heads staring at you at every turn. We purchased a few bits and bobs, had a chat with the server about the UK and Missouri and headed back onto the road. 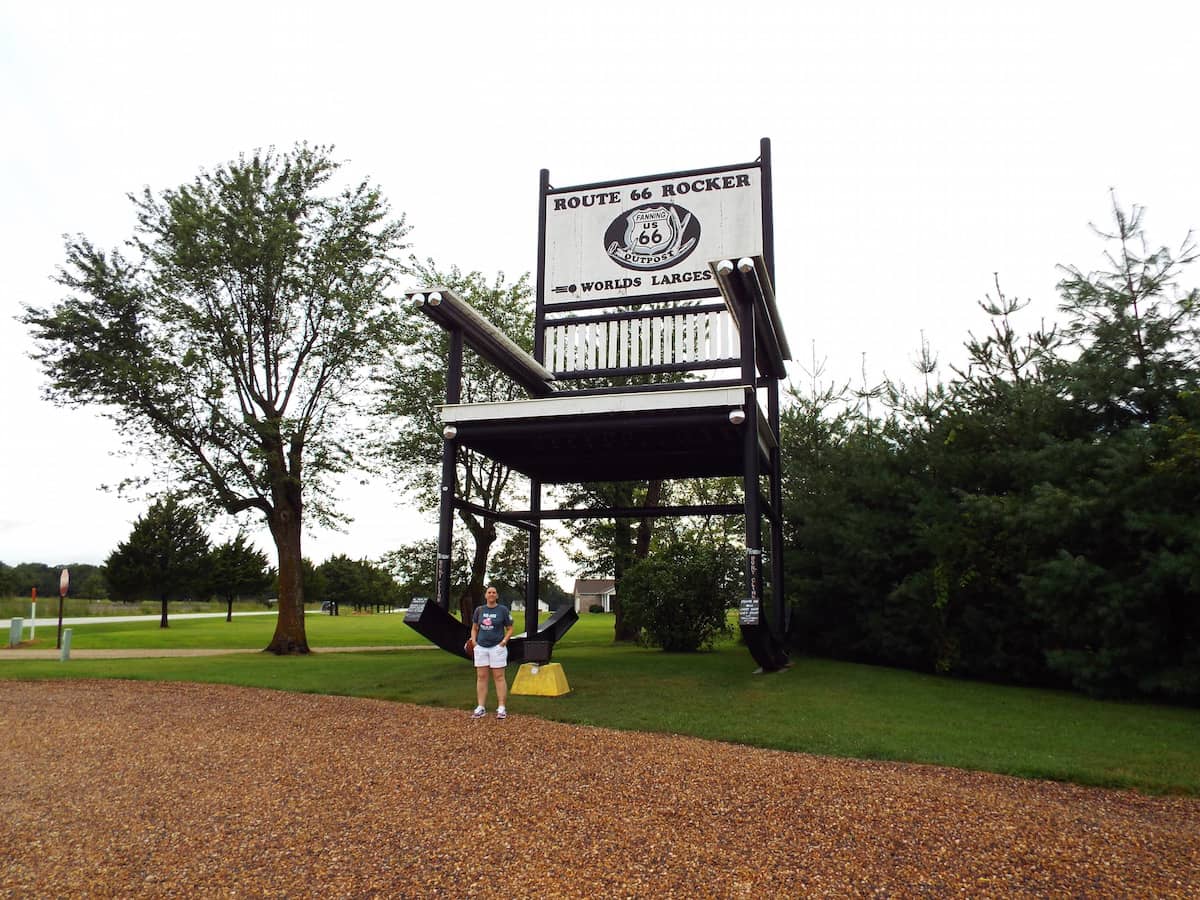 Not a lot to tell you – lots of old route 66, drove through Missouri ‘s very own Derby, caught a glimpse of Rolla’s  mini version of Stonehenge, dove down the first paved dual carriageway on route 66 which was built in Missouri to move troops and second world war equipment around and eventually got to Devils elbow bridge over the Big Piney River which was a corking place for photos. As is becoming the norm the Elbow Inn wasn’t open  so we were soon on our way again and enjoying the country road winding over rivers and wooded areas. 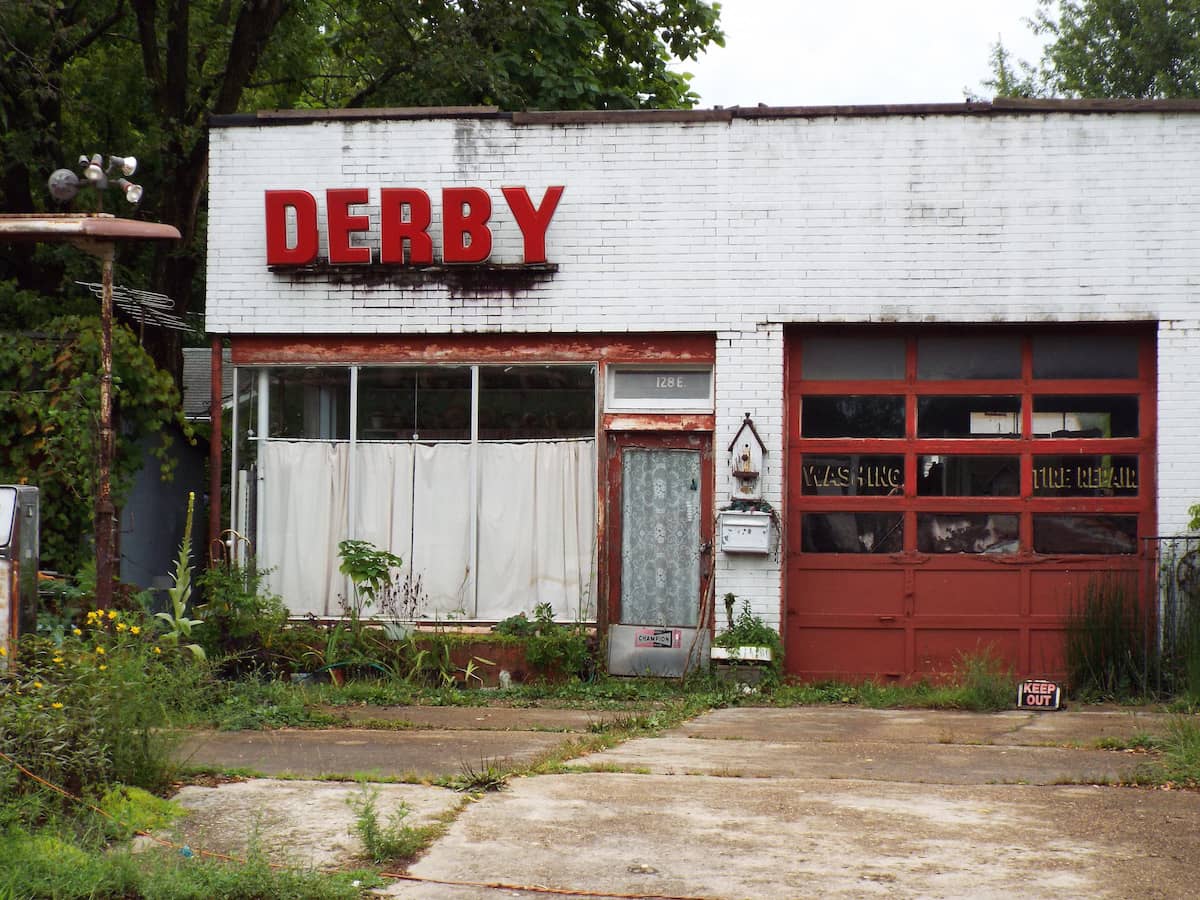 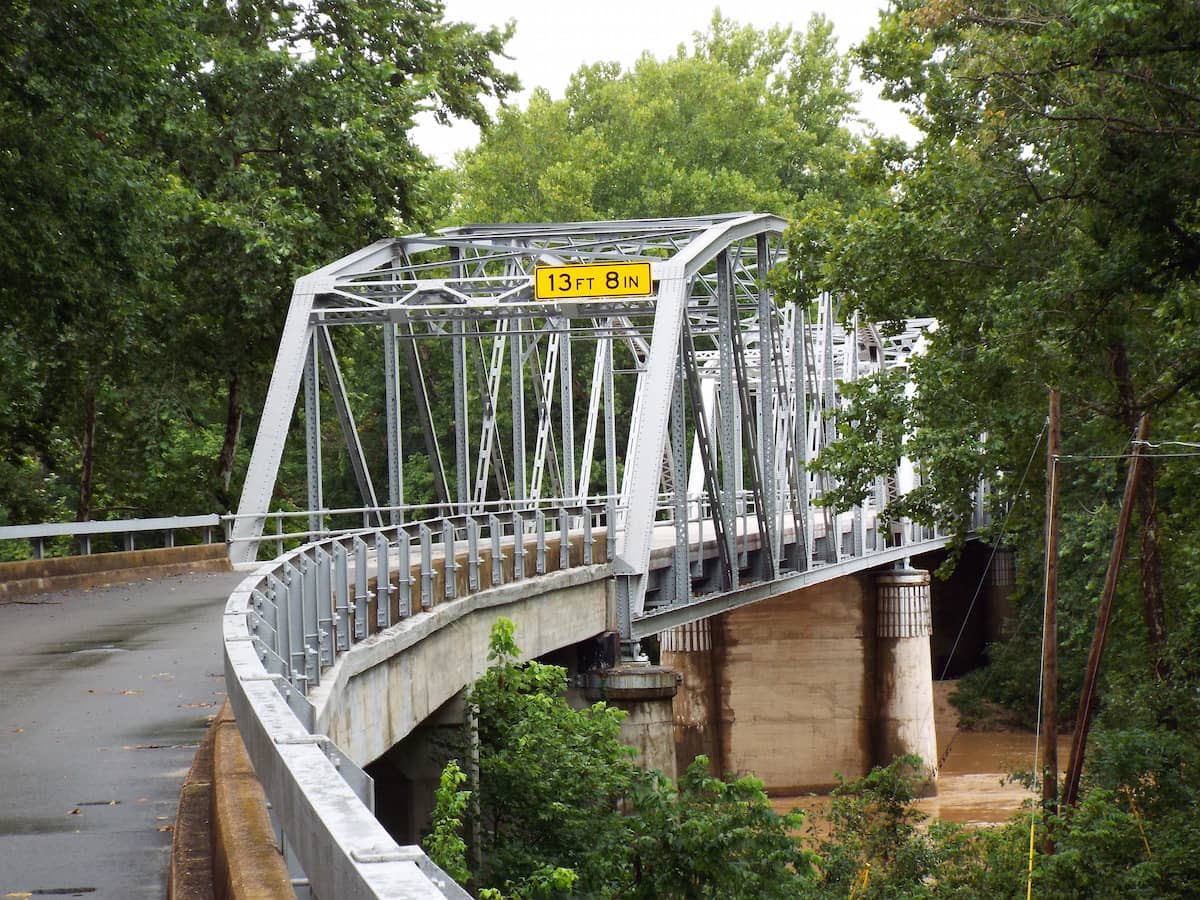 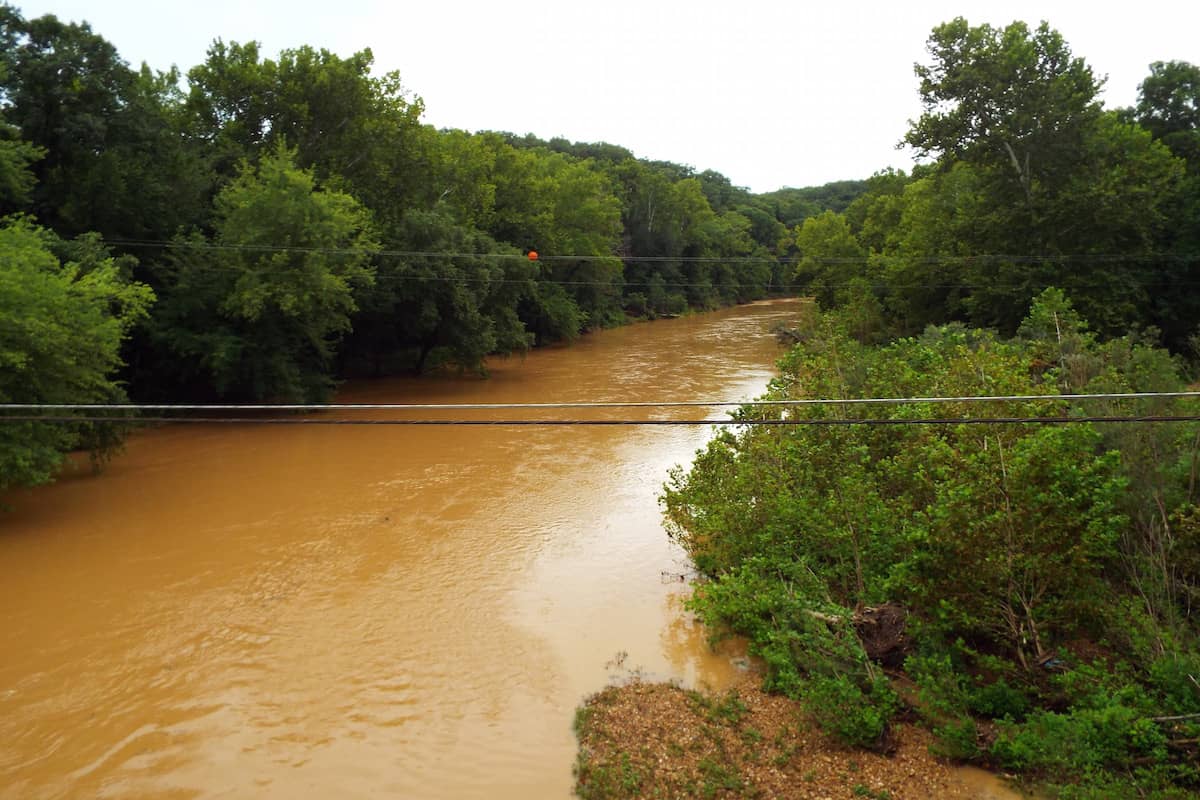 After a short drive we stopped at Uranus which was essentially a tourist shopping area based around arse jokes. Couldn’t resist a t shirt which said “URANUS GENERAL STORE – Everything you need is in Uranus”  – i know, very childish 😀 The store was also full of stuffed hybrid animals – monkey fish rabbit with antlers etc, it was an amusing stop off servicing well for loo breaks and HUGE take out coffees. 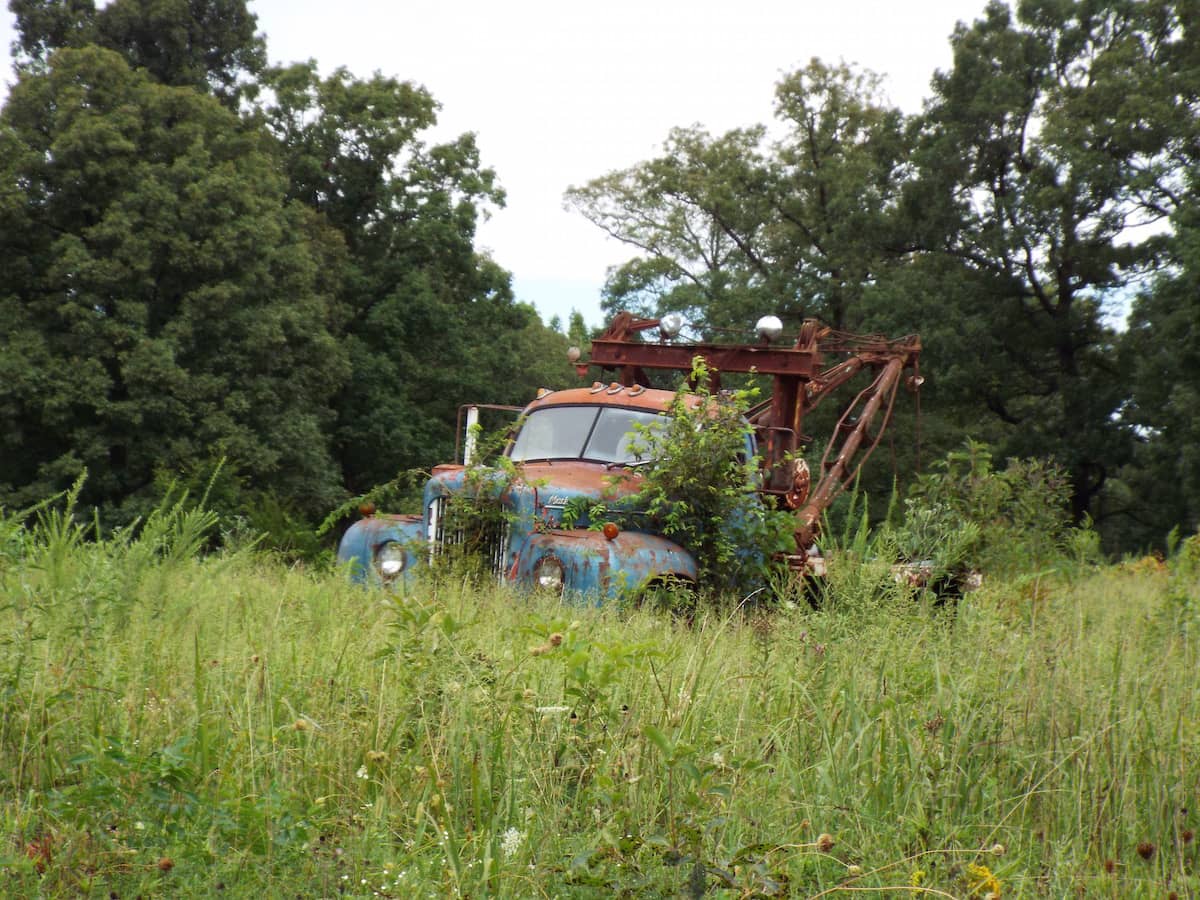 After more old Route 66 we came upon a dead end and the Gasconade Bridge. The bridge is currently impassable and there is a campaign by Missouri locals and Route 66’ers to save the bridge  and repair it rather than replace it. 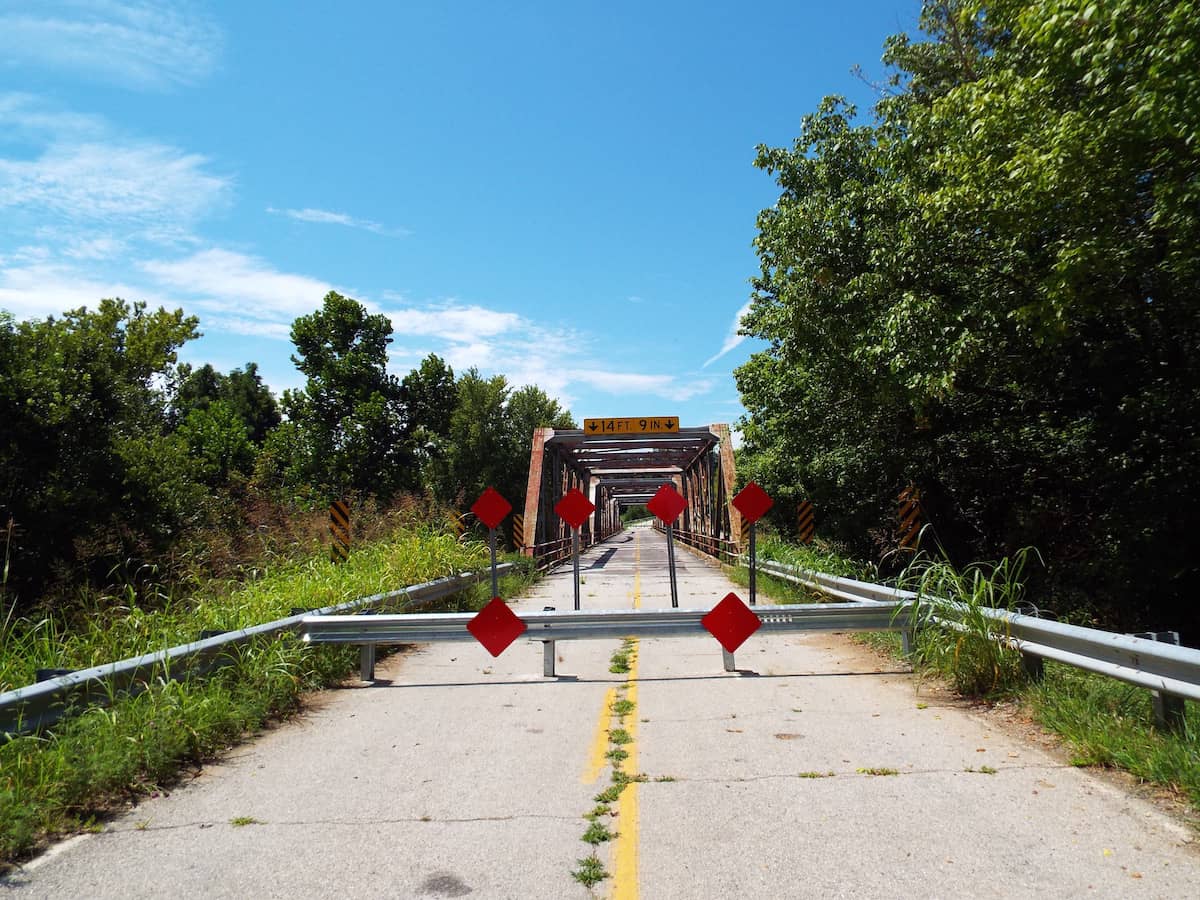 After turning round and heading back to the main road we came upon the Munger moss motel. This is an icon of the old road. It has a Great neon and a wonderful classic feel to it. I was really looking forward to it but after photographing the Neon and motel we headed inside to look in
the gift shop to be met with a reply to good morning of “NO PHOTOGRAPHS IN HERE !! ” – real shame as that instantly put us off and made us feel unwelcome. Needless to say she didn’t get any of our dollars. The real shame is I would of gladly brought a save the gasconade bridge T Shirt to help the cause had we been made welcome. 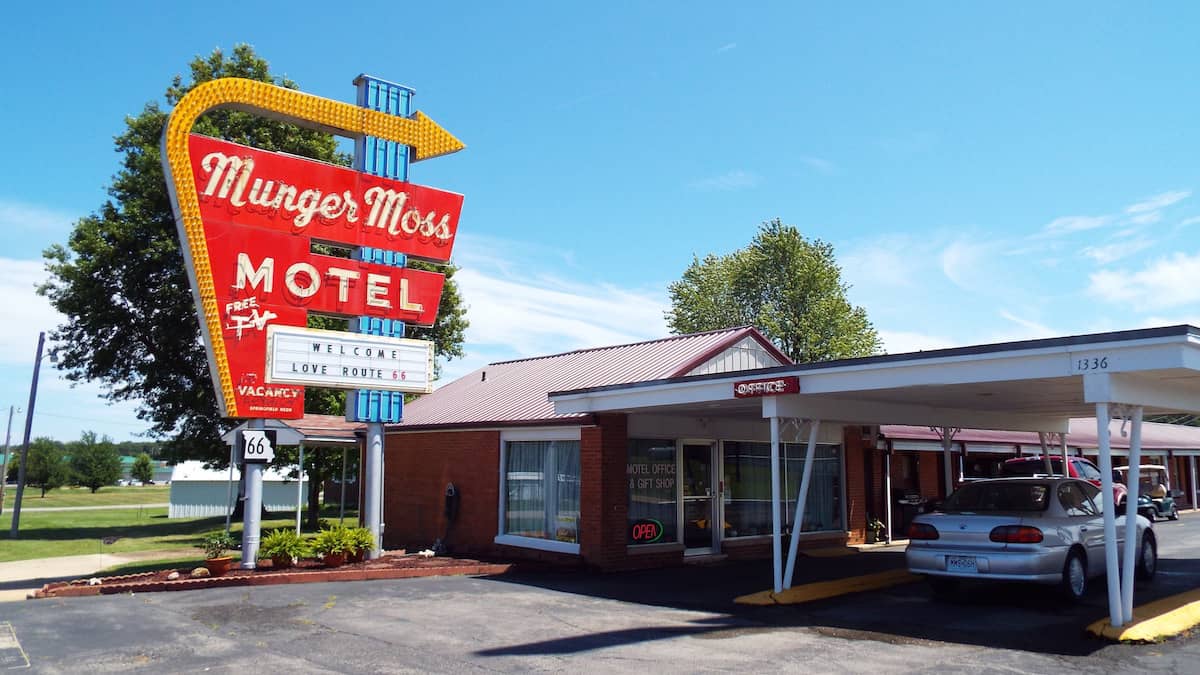 Next thing of note was the Gay Parita Sinclair service station. The owner, Gary Turner died at the beginning of 2015 but who ever has been looking after it seems to of done a good job. Behind the tributes tied to the fence is an immaculate 1934 Sinclair Service station complete with pumps, signs galore and some really cool old American cars. Its definitely worth a visit for some great photos and as a little bonus theres a Route 66 Shield on the road right outside. 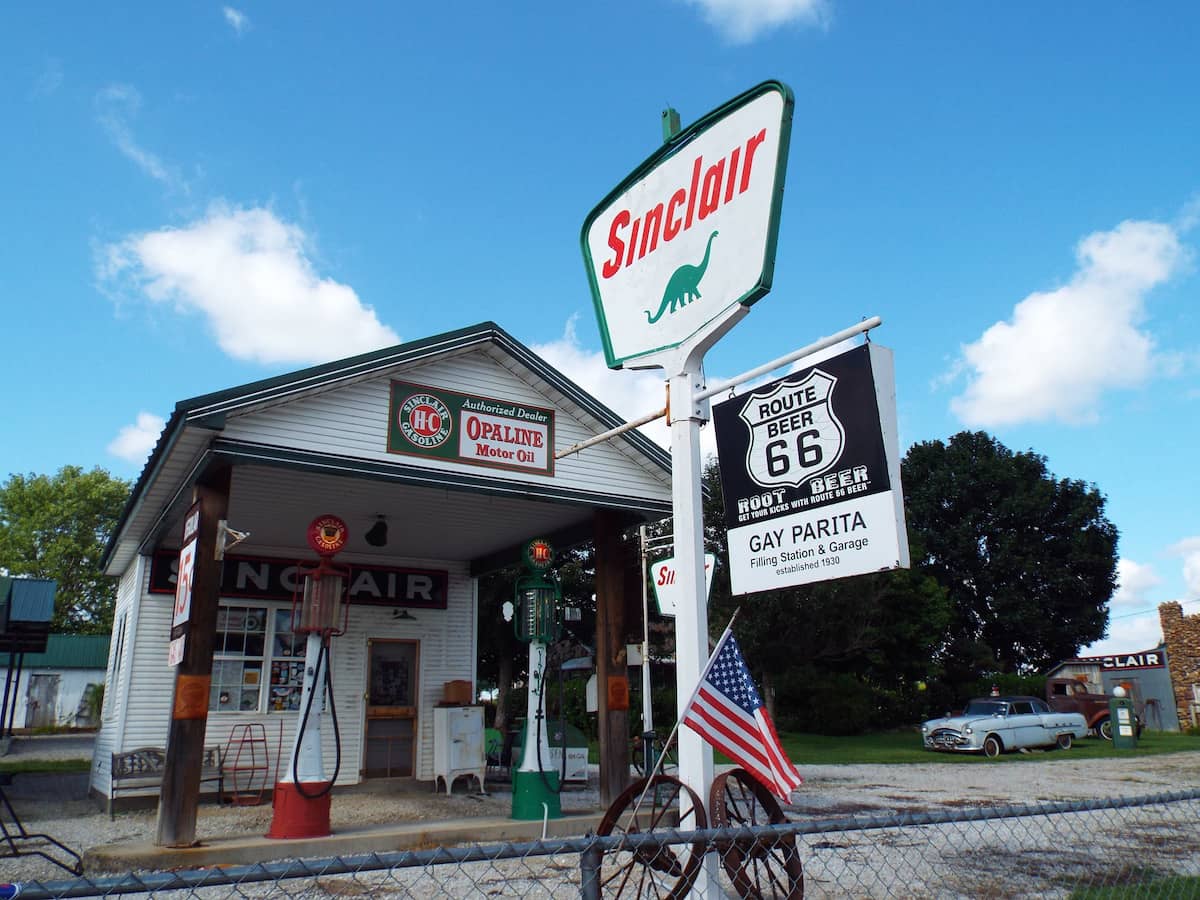 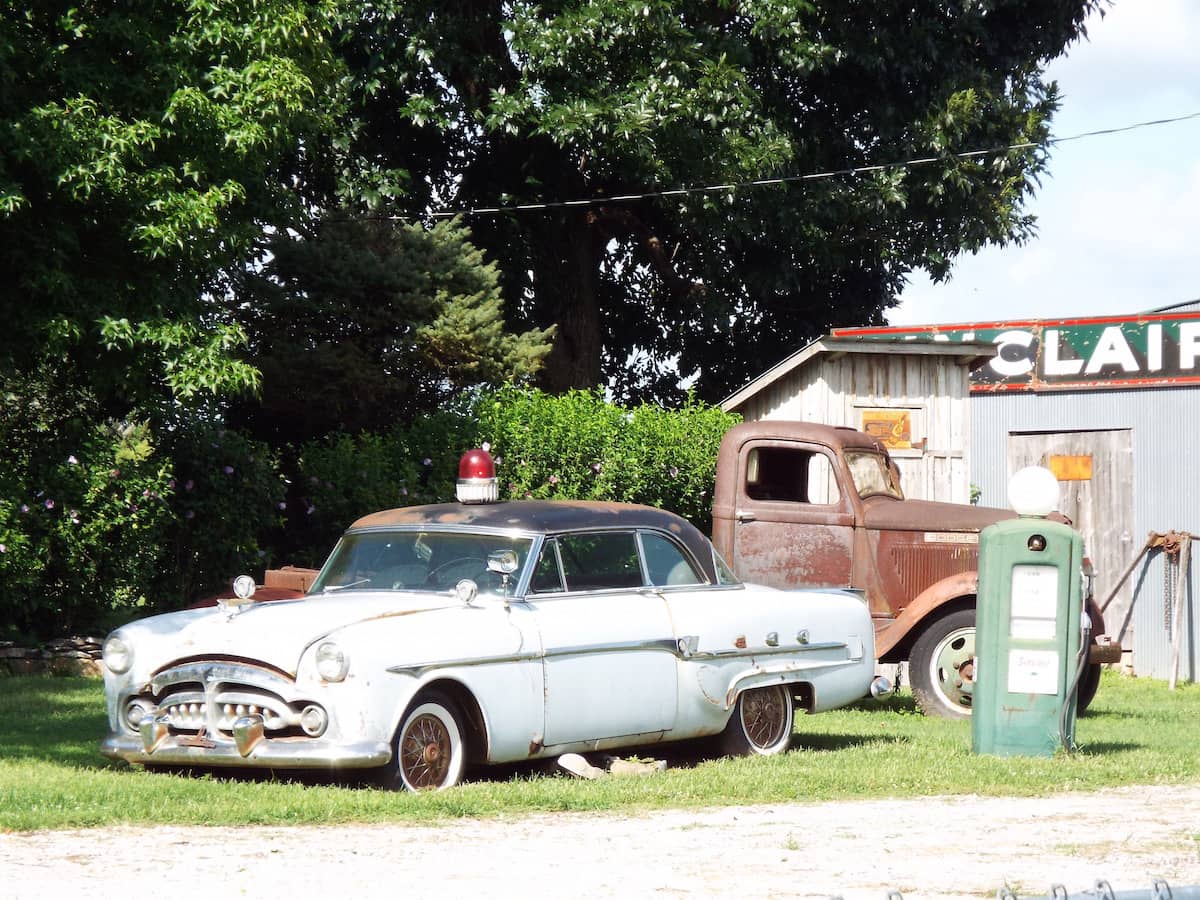 Eventually we made it to Carthage Missouri and Boots Court. A faithfully renovated 1930s and 40s motel complete with radios in the room playing oldies. Im not going to say too much about Boots Court at the moment as i plan to dedicate a page of its own – it was the first point during our trip that i really felt like we had found a classic.

Carthage is not a bad town, the town hall was was the inspiration for the town hall in back to the future but other than that not a lot was open to really pass comment on. We ended up having dinner in an out of town diner called Iggy’s. It was full of locals and had great cheap food and good banter with the waitresses who were trying there hardest to impersonate the English accent and insisted on asking us if we had ever seen the Spice Girls !! Suppose it makes a change from the many comments we have had on how cute Prince George is or how wonderful Lady Diana was.

After dinner we grabbed some coffee and ice cream from the local fast food place and headed back to the motel to enjoy the radio and peace and quiet and have an early night.

← St Louis to Cuba Mo
Carthage to Oklahoma via Kansas →