Getting out of St Louis was slightly easier than getting in. We still managed to make several wrong turns before finding route 66 towards Cuba and heading for our first stop of the day, the famous Ted Drewes Frozen Custard shop.

Unfortunately the shop was closed leaving a very disappointed Oz. This is something we have found a few times over the last couple of days. famous route 66 shops and businesses closing early or opening too late. Its a real shame to not see these institutions  and be able to support them. 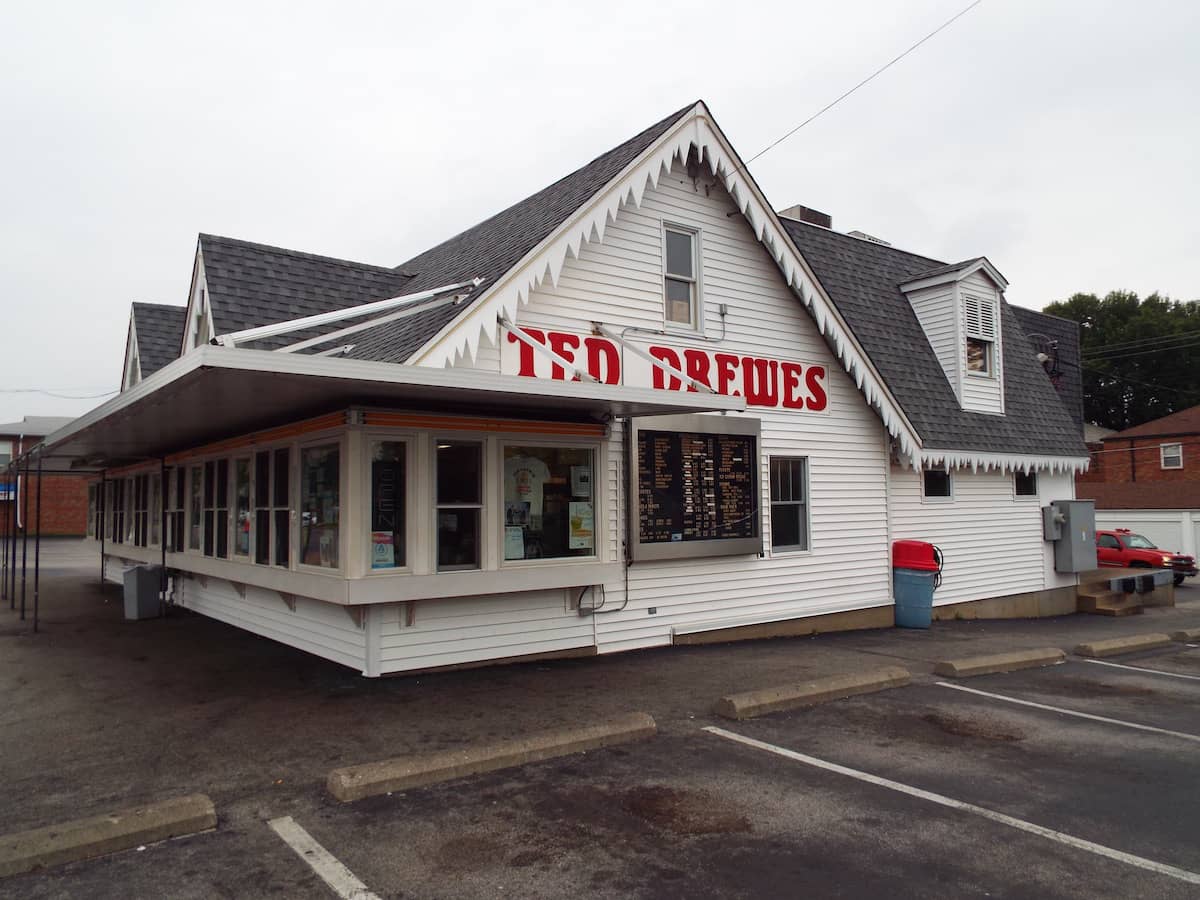 We left Ted Drewes and got lost again and ended up on the outskirts of the badlands before turning round and heading the right way along the I44 for a few miles until we could leave and rejoin old route 66.

We passed through several Small American towns along the way getting an insight into the real USA. England certainly seems to be starting to mirror America these days with more and more
out of town shopping centres opening and driving locals out of the town centre. 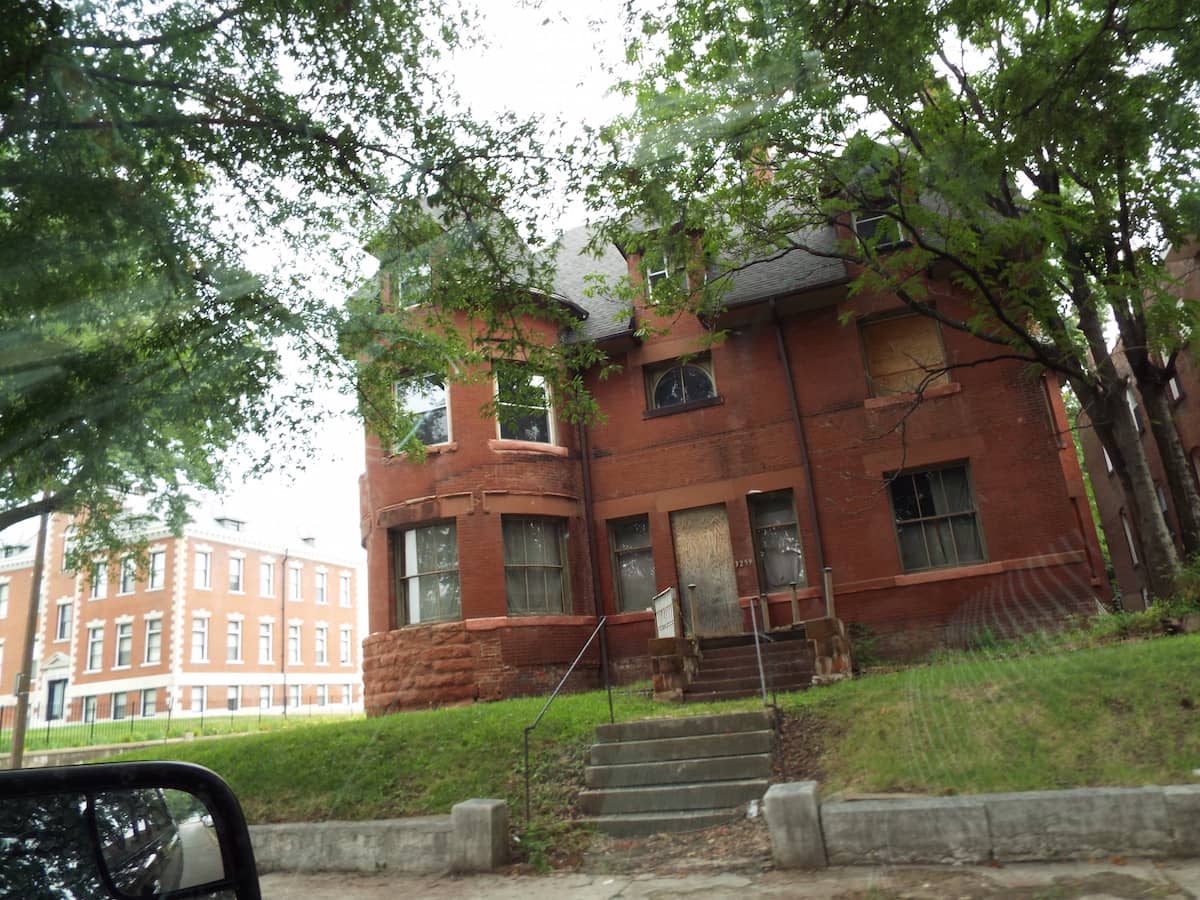 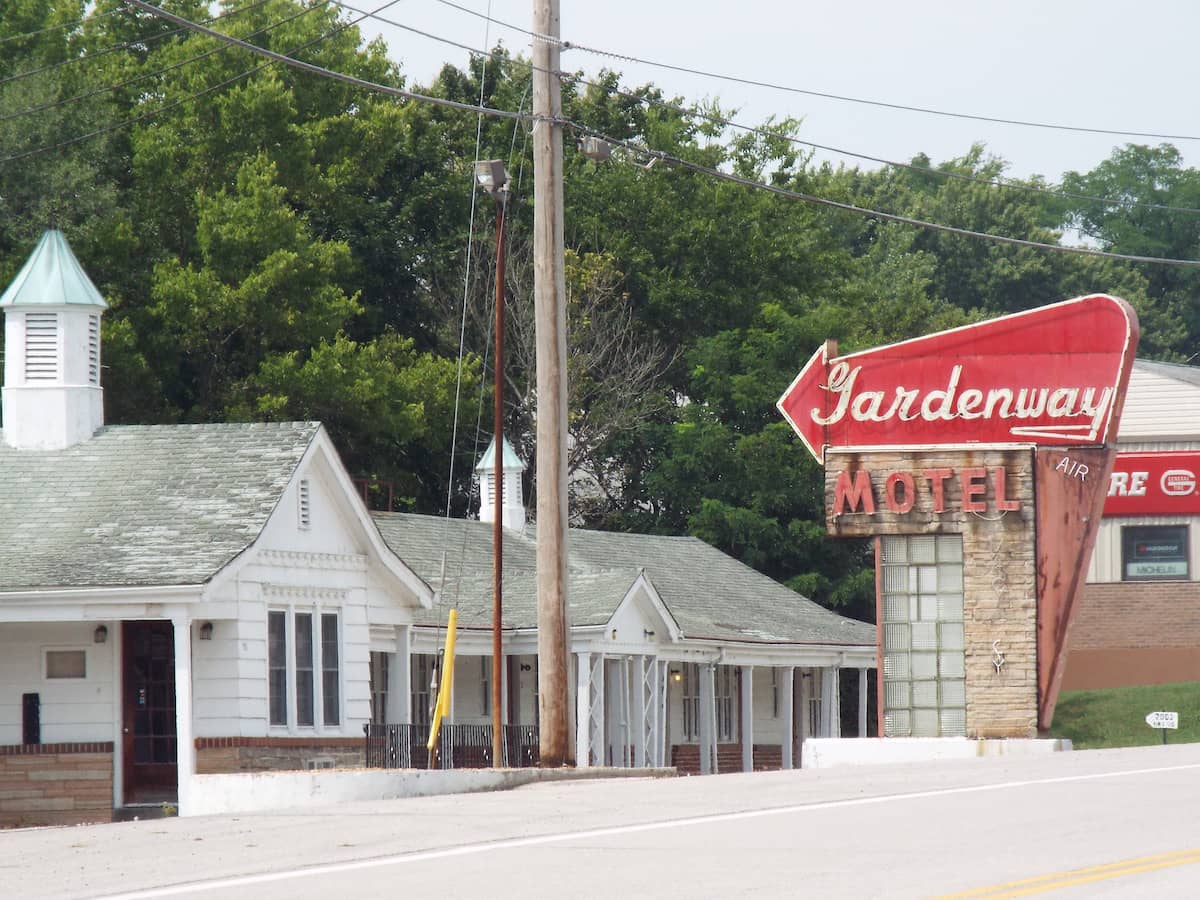 We stopped of at the Big Chief Roadhouse (an old motel, now a roadhouse) to take some photos and then after some more of the old road we found ourselves getting ambushed by some Native Americans ! We spied The Indian Trading Post from the road side and with its array of wigwam’s and route 66 flags outside we had to stop to take a look. We pulled into the car park and whilst my wife was gathering stuff together i was trying to sort out how i had inadvertently put the child locks on the car. we had been there no longer than 5 minutes when a woman walked up and essentially said – are you hear to see us or just parking – the shops open but it will cost you $2 each to come in and if you buy anything you wont be charged – somewhat taken aback by this we got our acts together and nervously entered the teepee ( or wigwam ?) expecting it to be the entrance to the ones at the back. It wasn’t, it was a shop – selling expensive stuff ( but admittedly cool stuff like blow darts) and not a lot else. my son liked the Indian flutes and was asked abruptly whilst looking at one  – “are you buying or just looking” so we ended up shelling out $30 + tax on one and leaving as fast as we arrived. Im not saying don’t visit – but if you do come across it on your travels be wary of grumpy shop owners ! 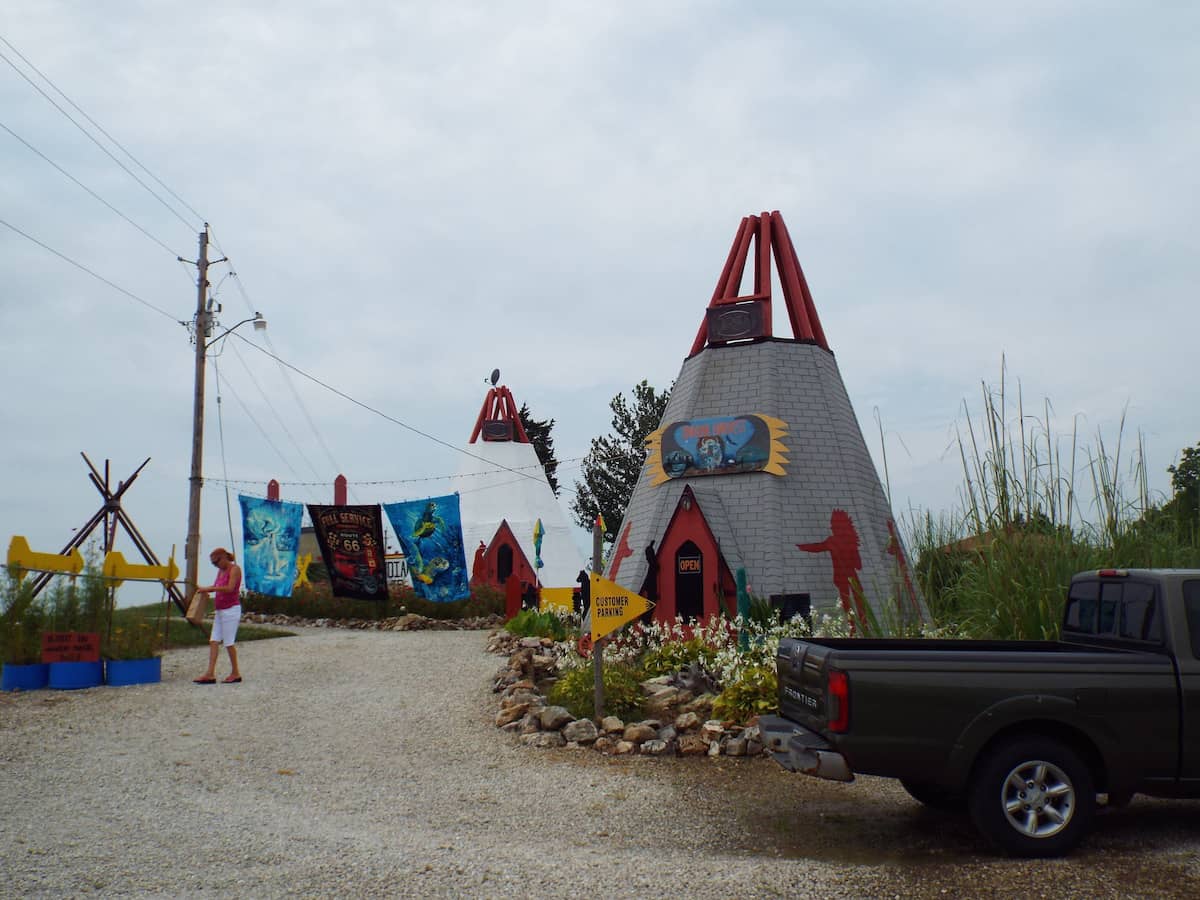 The rest of the day was spent driving along meandering country roads through smallholdings and communities that didn’t show upon the map. When we finally found a larger town we pulled in at Walmarts to buy an American football and get some road supplies. We also paid a visit to Steak N Shake. The burgers were edible but not brilliant but the milkshakes were amazing and the price was so low i felt like i was robbing them . It served its purpose and filled us up for the last couple of hours left driving to Cuba. 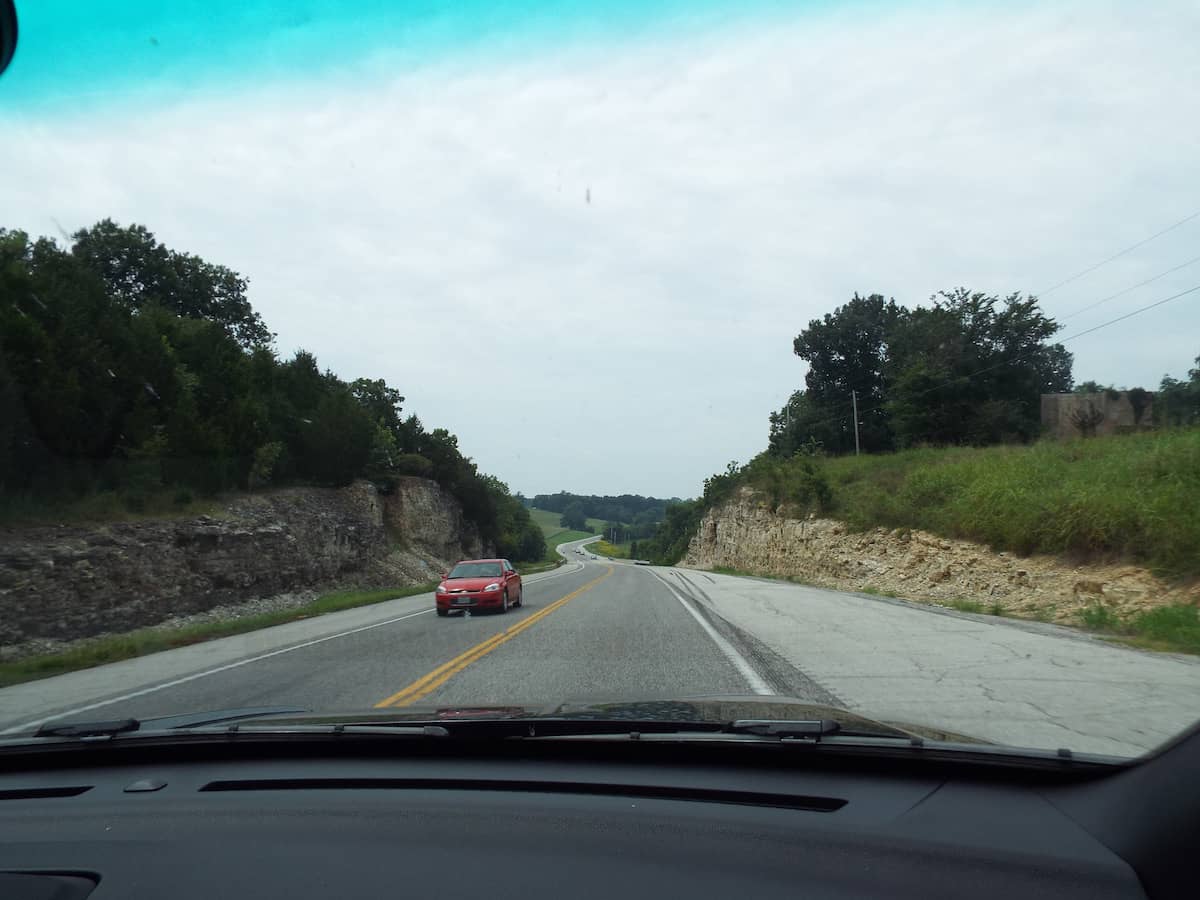 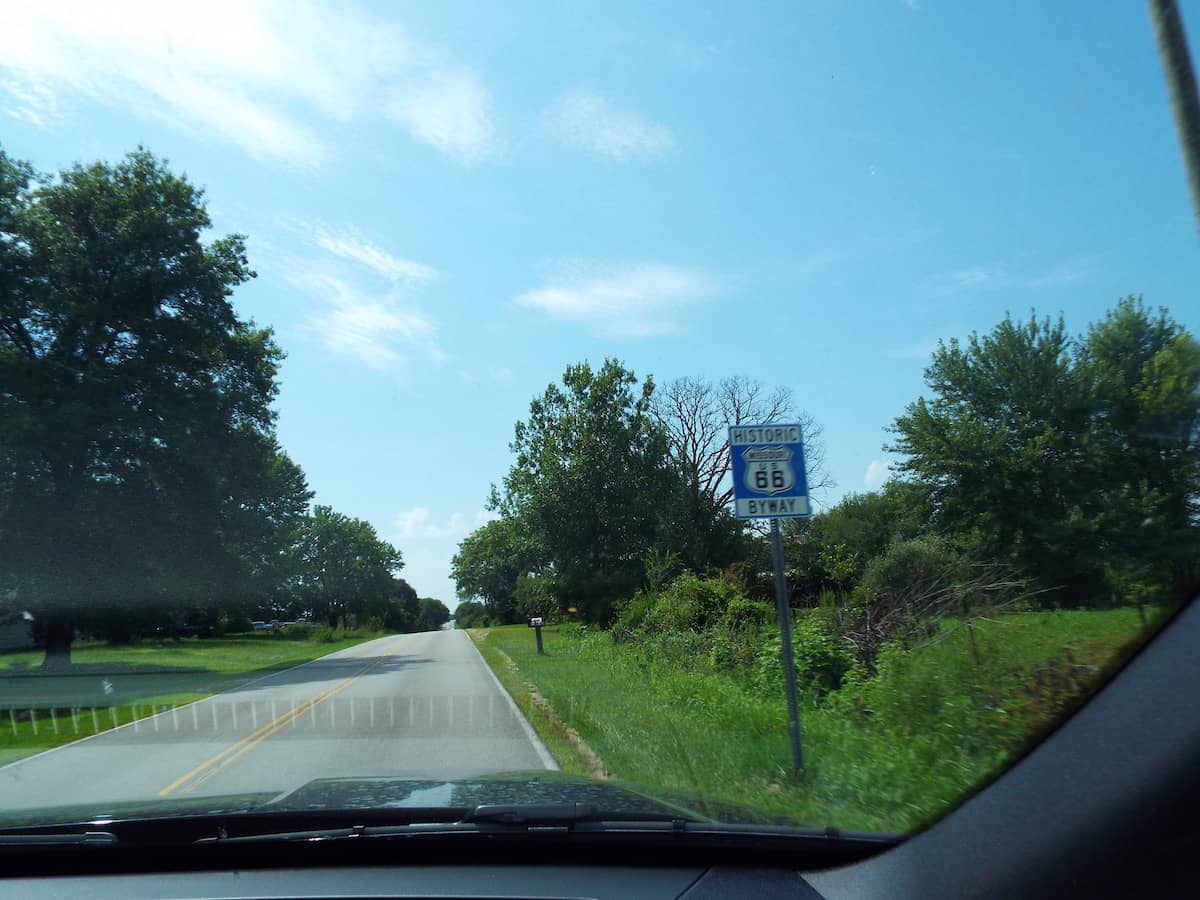 It was 30 odd degrees and very close when we arrived at the Wagon Wheel Motel in Cuba Missouri so whilst Deb sorted out the room me and Oz headed out on to the grass outside to throw the football – well i threw it and oz sort of fumbled it to me. He did get the hang of it in the end though and it was great fun just relaxing in the sun having fun. That was until the wind picked up and the rain started. by 6pm Cuba was in the midst of a massive storm, we read the next day that there had been 100mph winds accompanying the rain, thunder and lightening. 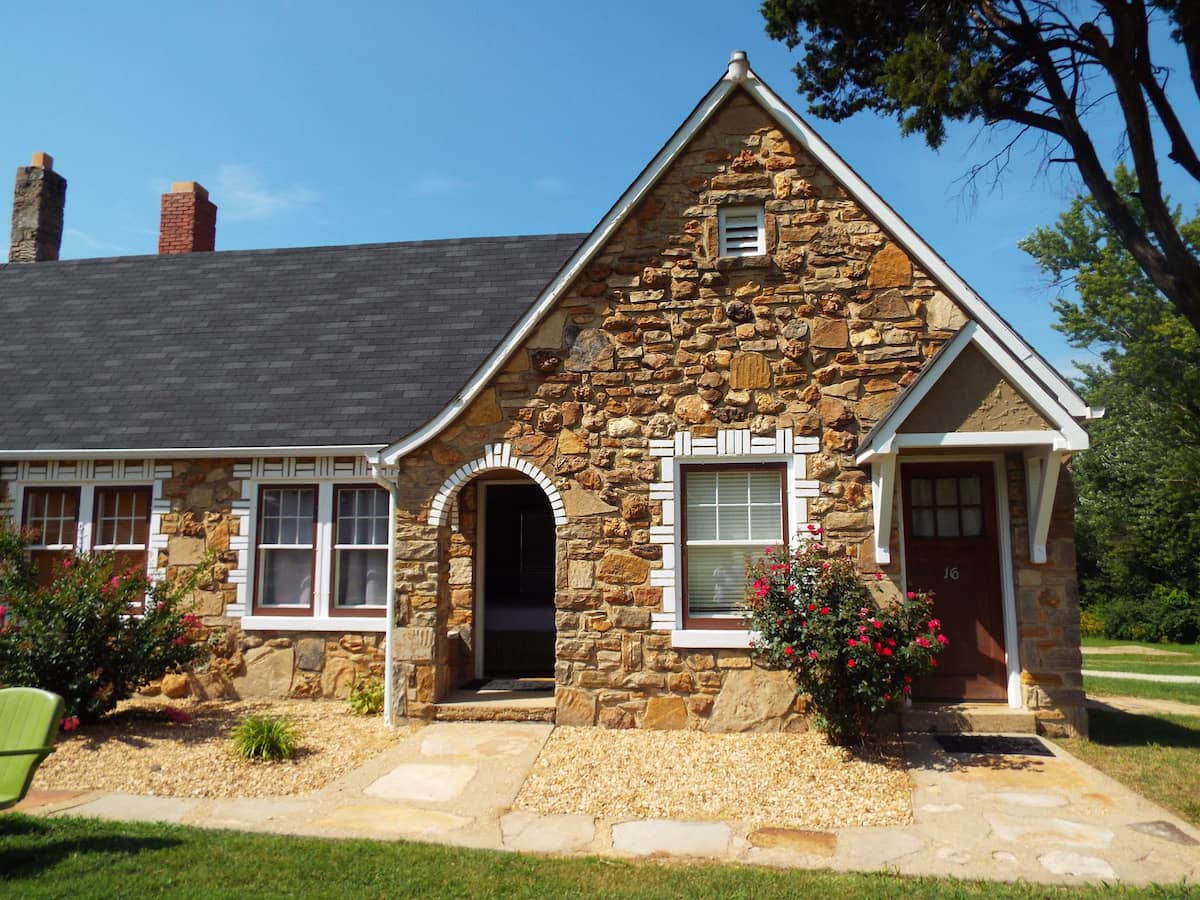 The storm died down enough for us to head across the road to The Missouri Hicks Bar-B-Q and have our fill of pulled pork and local beer but by 11pm it was in full swing again with lightening like ive never seen in England and thunder that sounded like explosions going off outside the motel room.

The Wagon Wheel  motel in Cuba really was a gem. Built in 1935 the original buildings and design have been changed several times from cabins to service station to motel and the renovation work and running continues under the stewardship of Connie who, despite what we had read in reviews on Trip advisor was nothing but pleasant and helpful during our stay. If you want to experience life on Route 66 as it was 50 years ago then i heartily recommend this charming stop.