We started the morning with breakfast in another classic American diner. Kix on 66 is a bit of a Tucumcari icon on Route 66 and the pancakes, sausages, eggs and crispier than crispy bacon went down very well.

When i was first researching where we were going to go on route 66 i came across the following video about a ghost town called Cuervo. It sounded so “American Detective” or “Twin Peaks” i just had to make a pull in off the I40 to check it out.

We weren’t disappointed with Cuervo. Its an eerie place with run down abandoned buildings galore. We didn’t venture over to the church to investigate as it was over some rail lines and through dodgy snake infested desert – and to be honest, it was a weird place where i felt a lot safer behind locked car doors lol.

We eventually drove on from Cuervo but decided to take the “old” rough route which EZ66 book recommended not to be taken. It started well, a little rough and a few big pot holes, through a little bit of dirt road and eventually onto a narrow gravel paved road which even had an old route 66 shield painted on it. However after about 3 miles the paved road disappeared and turned into a proper dirt track which seemed to go on straight for miles and miles. I was up for it – this is what we hired a proper 4×4 for wasn’t it ? but after much discussion in which i argued for continuing whilst Deb argued for turning round it was decided that it would be best to turn  back to Cuervo and take a different old route rather than the I40 to Santa Rosa. 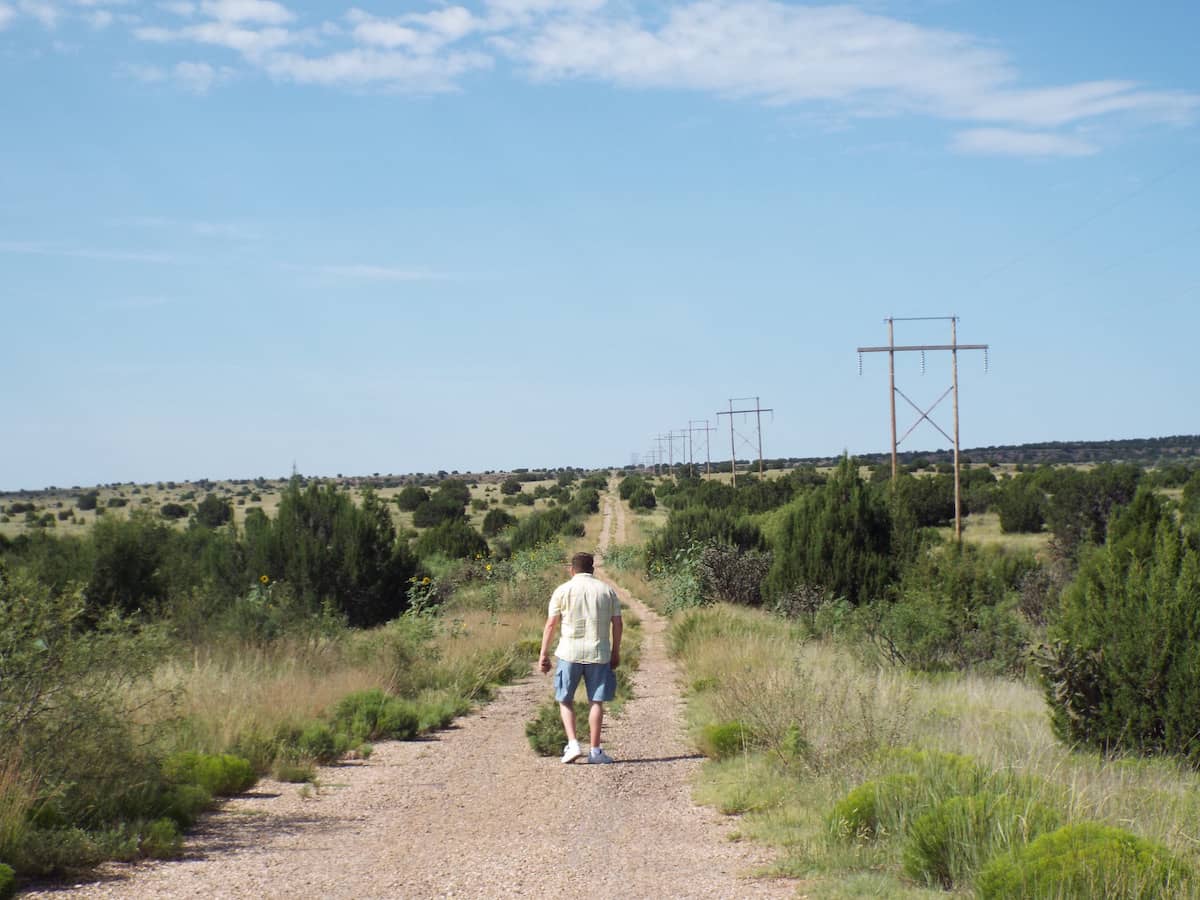 In Santa Rosa we stopped off at the Route 66 Motor Museum which was home to some stunning vintage American vehicles, hot rods and route 66 paraphernalia. Apparently a lot of the cars were restored to their former glory by the owner Rusty who has a “chop shop” across the road. Was $5 each to get in to see the cars but as a petrol head it was worth it. There are more images on our FaceBook Page 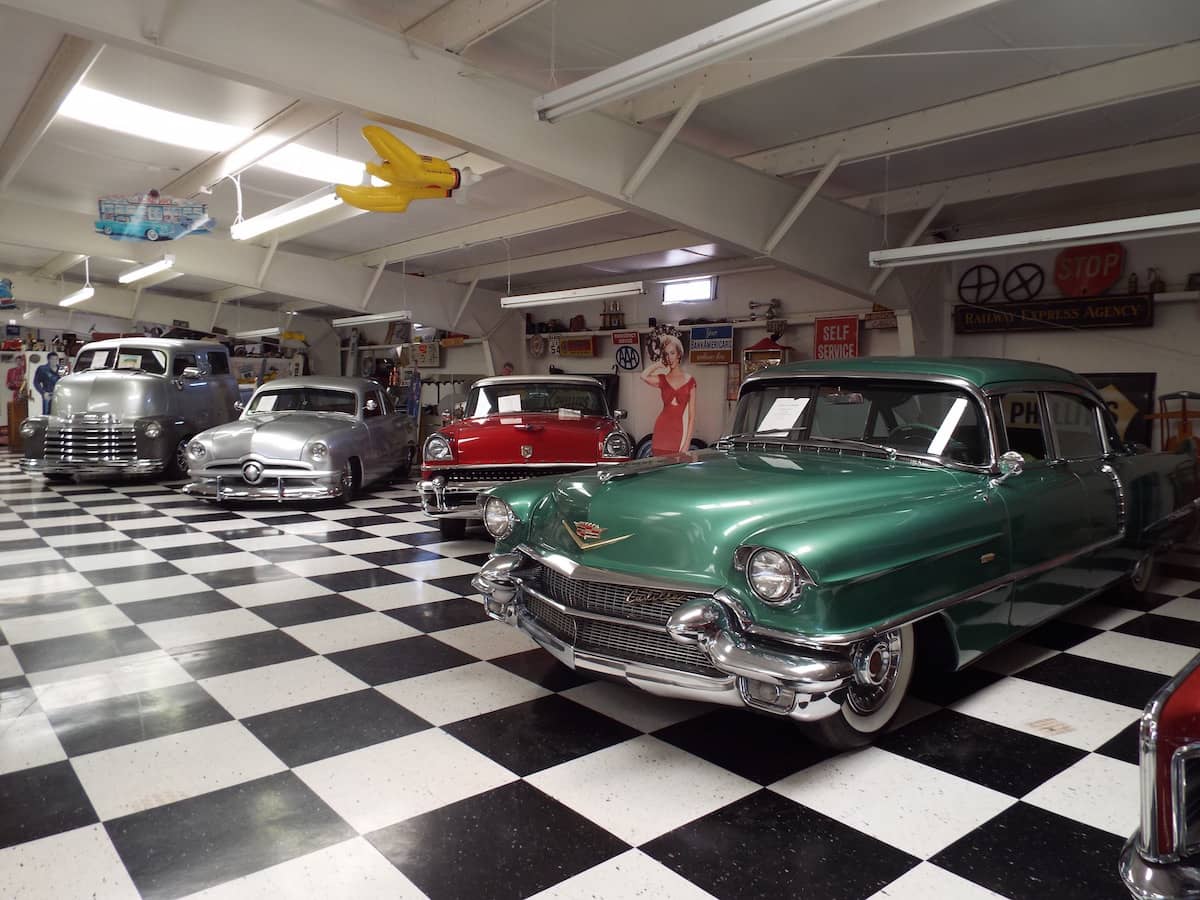 On the way out of Santa Rosa we passed more run down motels and businesses and on to Santa fe via the old Santa Fe trail which passed through some beautiful pine forest lined roads and sweeping forests. We also got our first look at the Navajo / Mexican style houses that are typical of the New Mexico area.

We arrived at the Inn of the Governors in Santa Fe slightly too early to check in so we wandered off into the town and to the town square which was teeming with life. There was a big stage set up, street sellers lining the square and Mexican street food on every corner. We also noticed a few old American classic cars parked up such as a 60s Mustang and a 70s Trans Am. we grabbed a drink and a huge plate of Nachos Grandes in a restaurant and then headed back to the hotel to check in and settle ourselves down for our first two night stay since Chicago. 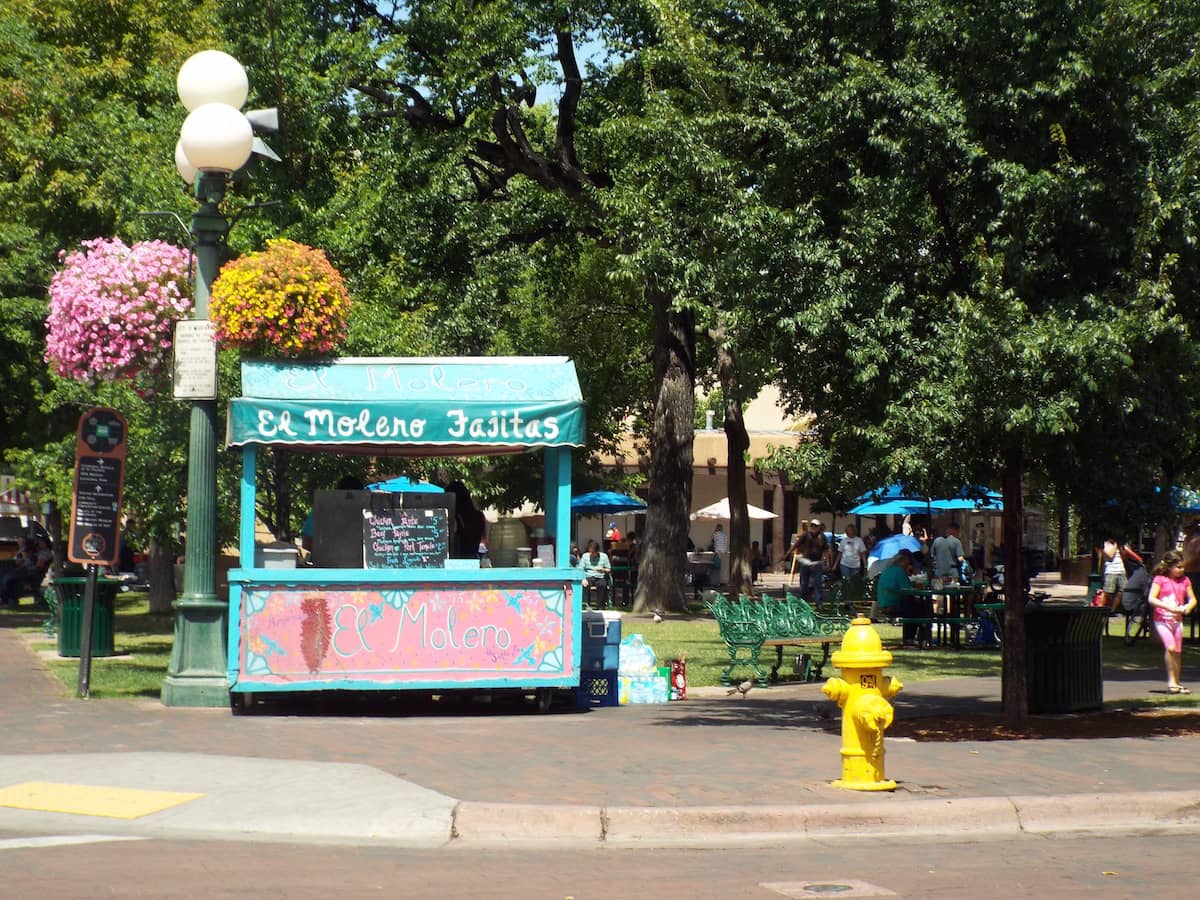 That night we headed back to the town square to find it buzzing. There was a Funk band playing called Rumpfunctious who were really groovy. loads and loads of Classic american cars lining every side of the square. The square was packed with hippies, Navajos, Mexicans, Kids and just about every kind of person you can think of dancing madly and generally having a good time. The second band that played was Impulse Groove Foundation which ive since found out is Public Enemy’s Bass player, Brian Hardgroove’s band !! 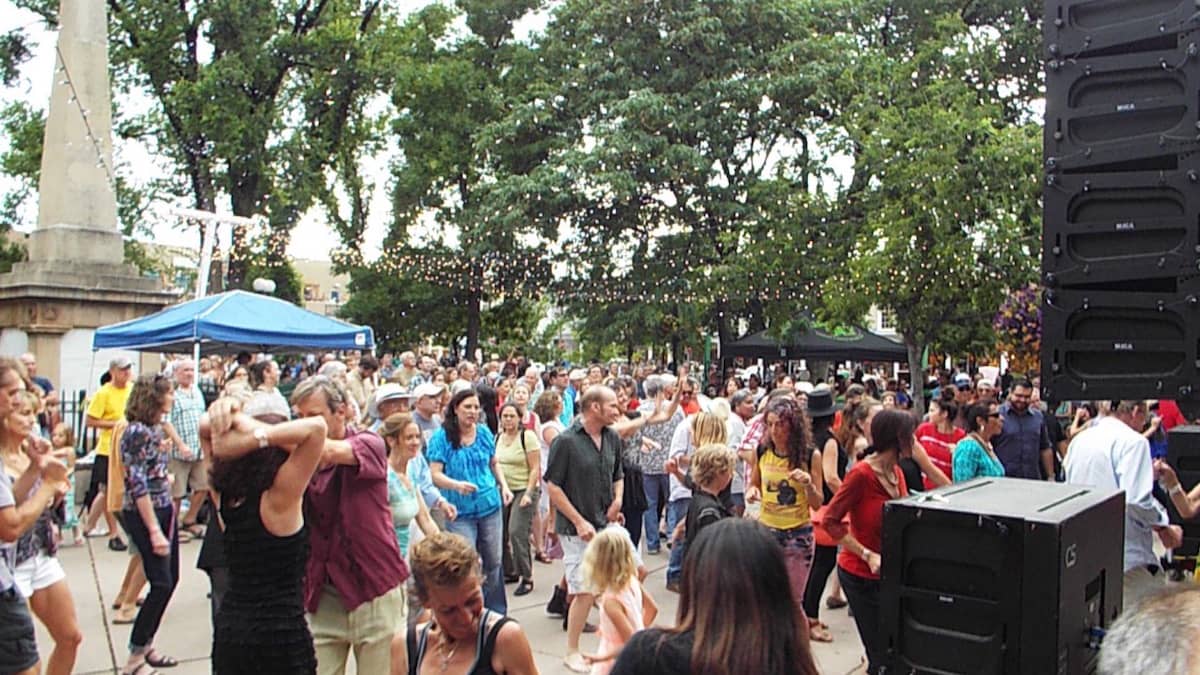 All in all it was a cracking night. Theres some pictures on the facebook page and ill eventually get round to sticking some videos up of the bands and cars when i get back to the UK and can edit them

← Amarillo to Tucumcari
A day of rest in Santa Fe →

2 Comments on “Tucumcari to Santa Fe”