A day of rest in Santa Fe

We had a lie in this morning as we didn’t have to drive anywhere – BLISS !! It wasnt much of a lie in but was nice not getting up and having to repack the bags and head to the car. We ate breakfast in the hotel and then took a leisurely walk down to the Santa Fe rail road yard to visit the Saturday farmers Market.

The farmers market runs along the old rail tracks and is an exuberant mix of fresh vegetable stores, musicians, street entertainers (or stoned hippies – not sure which most of them were) and general wares. was nice to wander along taking in the atmosphere of this most unique town. 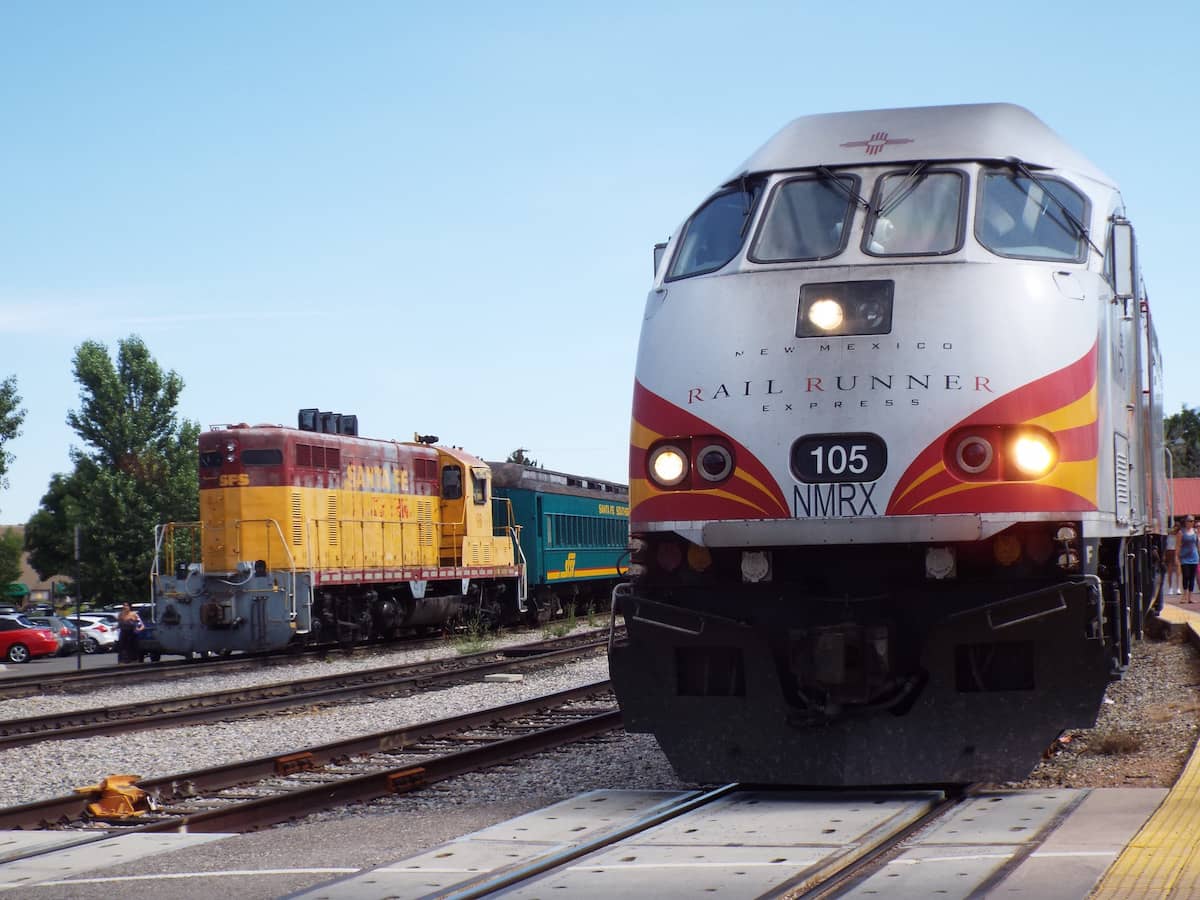 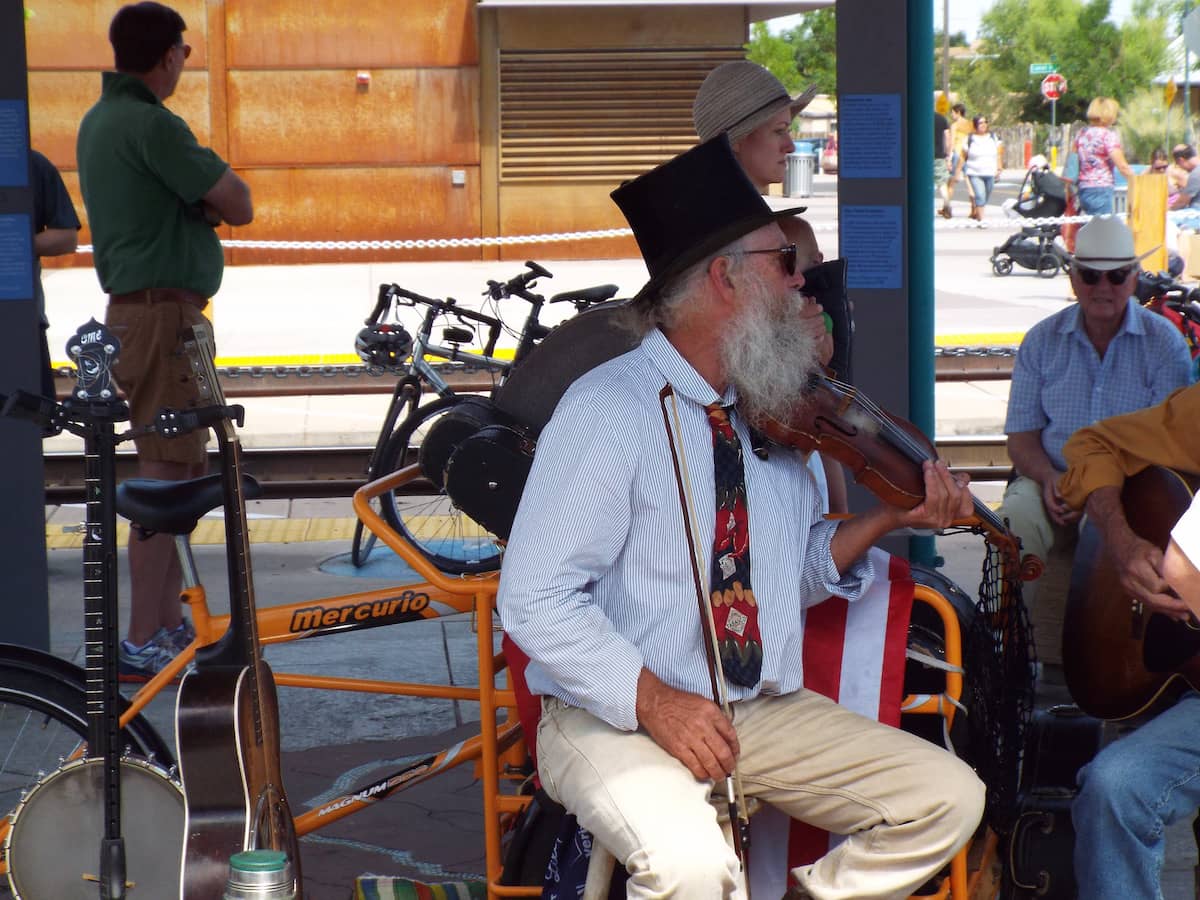 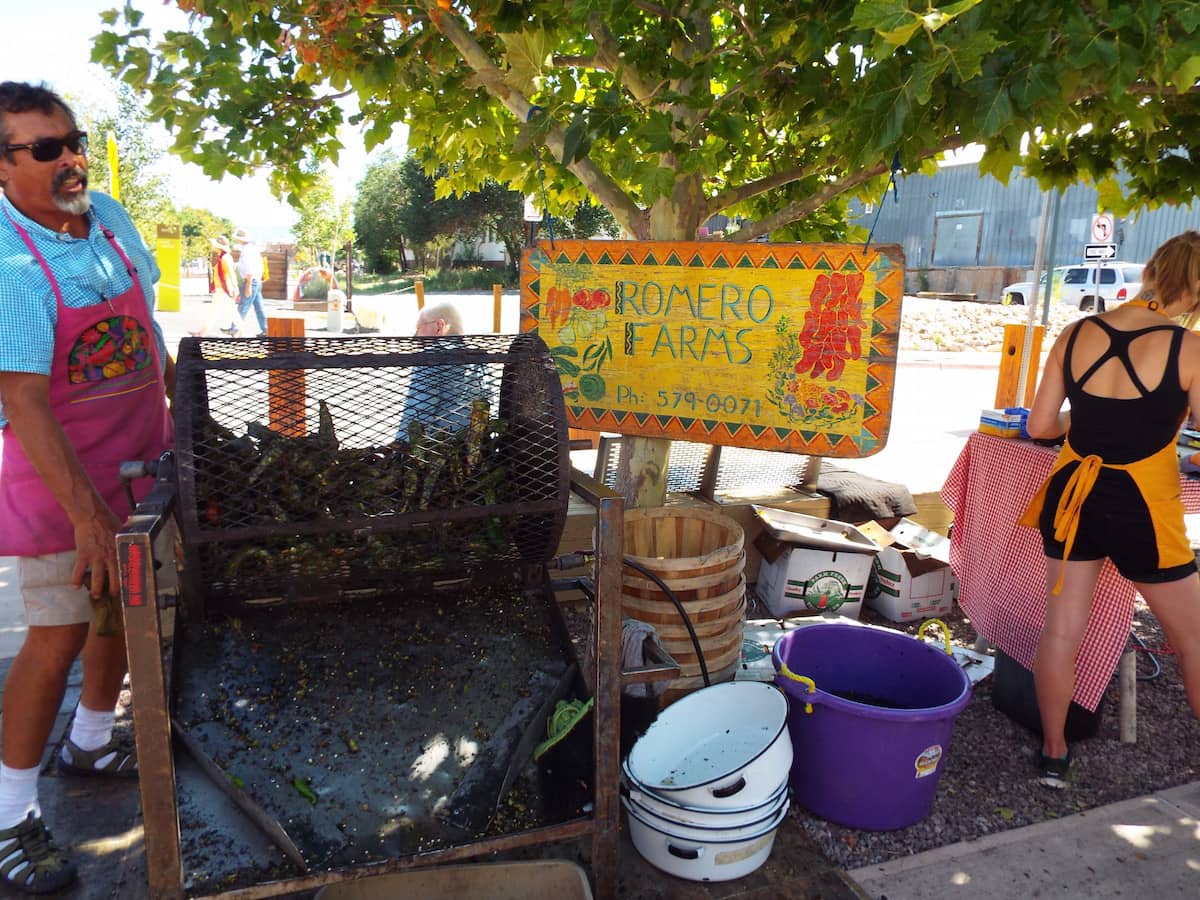 Founded in 1610, Santa Fe is the oldest state capital in the US, While Santa Fe was inhabited on a very small scale in 1607, it was truly settled by the conquistador Don Pedro de Peralta in 1609-1610. Santa Fe is the site of both the oldest public building in America, the Palace of the Governors and the nation’s oldest community celebration, the Santa Fe Fiesta, established in 1712 to commemorate the Spanish reconquest of New Mexico in the summer of 1692. Peralta and his men laid out the plan for Santa Fe at the base of the Sangre de Cristo Mountains on the site of the ancient Pueblo Indian ruin of Kaupoge, or “place of shell beads near the water”. 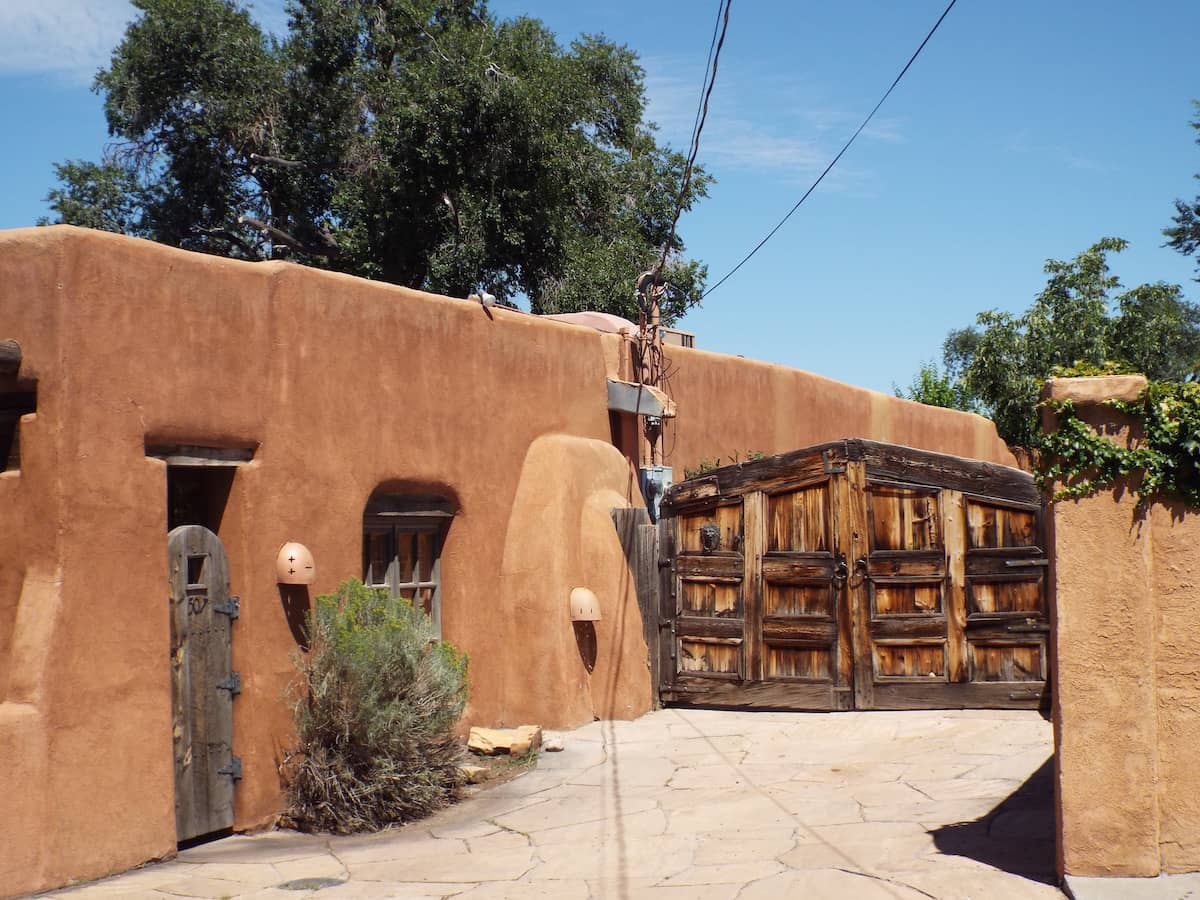 ]The city has been the capital for the Spanish “Kingdom of New Mexico,” the Mexican province of Nuevo Mejico, the American territory of New Mexico (which contained what is today Arizona and New Mexico) and since 1912 the state of New Mexico. Santa Fe, in fact, was the first foreign capital over taken by the United States, when in 1846 General Stephen Watts Kearny captured it during the Mexican-American War. 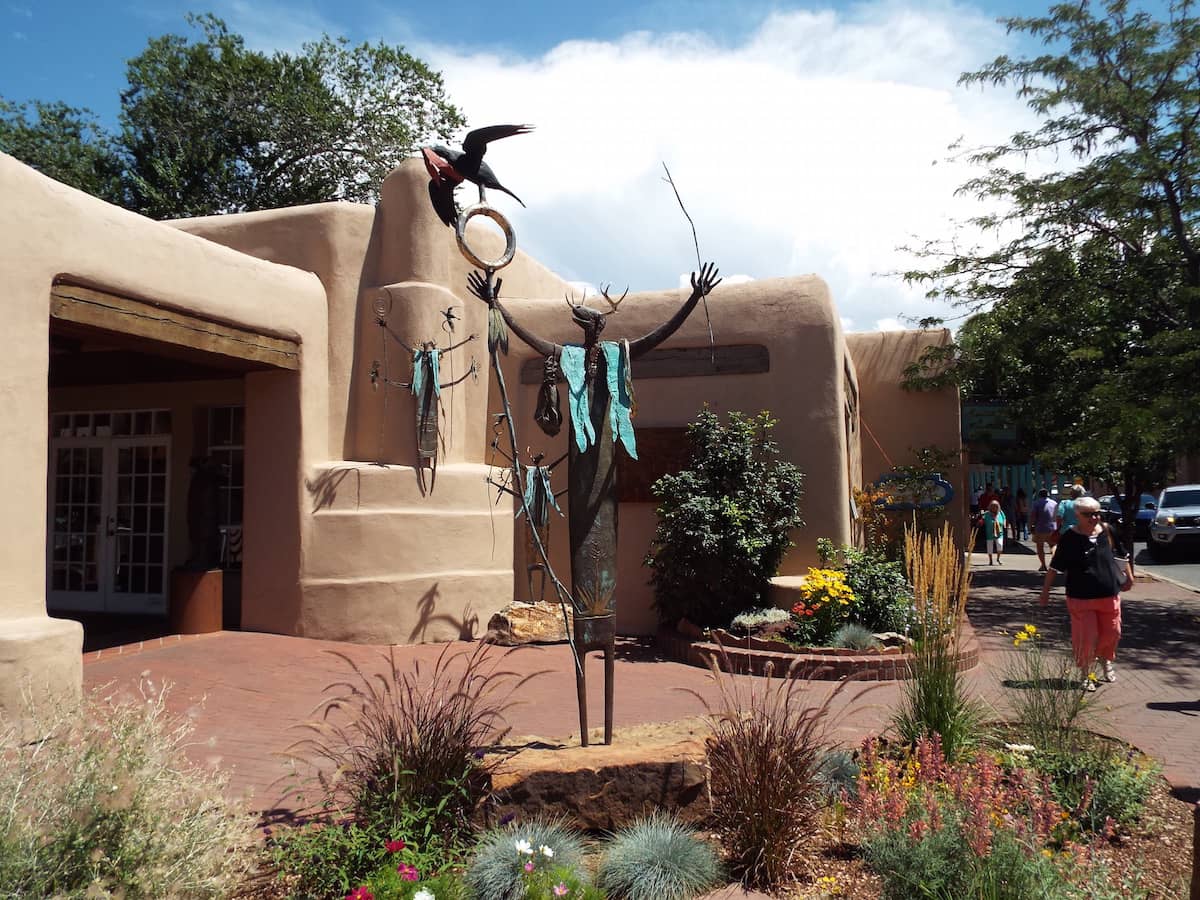 Despite the age of the city and it being the oldest settlement in the USA i did delight in telling everyone i met that 5 minutes down the road from where i live in the UK we have a bridge that was at least 400 years older than the city (Swarkestone Bridge) lol.

We spent the day mainly wandering, drinking and buying gifts and ornaments. I got myself a rather fetching leather cowboy hat 😀 and we also  found some cool Mexican Oaxaca wooden carved ornaments which we spent a small fortune on. The last time we saw these was when we were on honeymoon in Puerto Vallarta, Mexico in 1997 and we have always wanted to add to ur collection- and now we have a giant evil rabbit and a porcupine to add to the collection of Cactus we have. 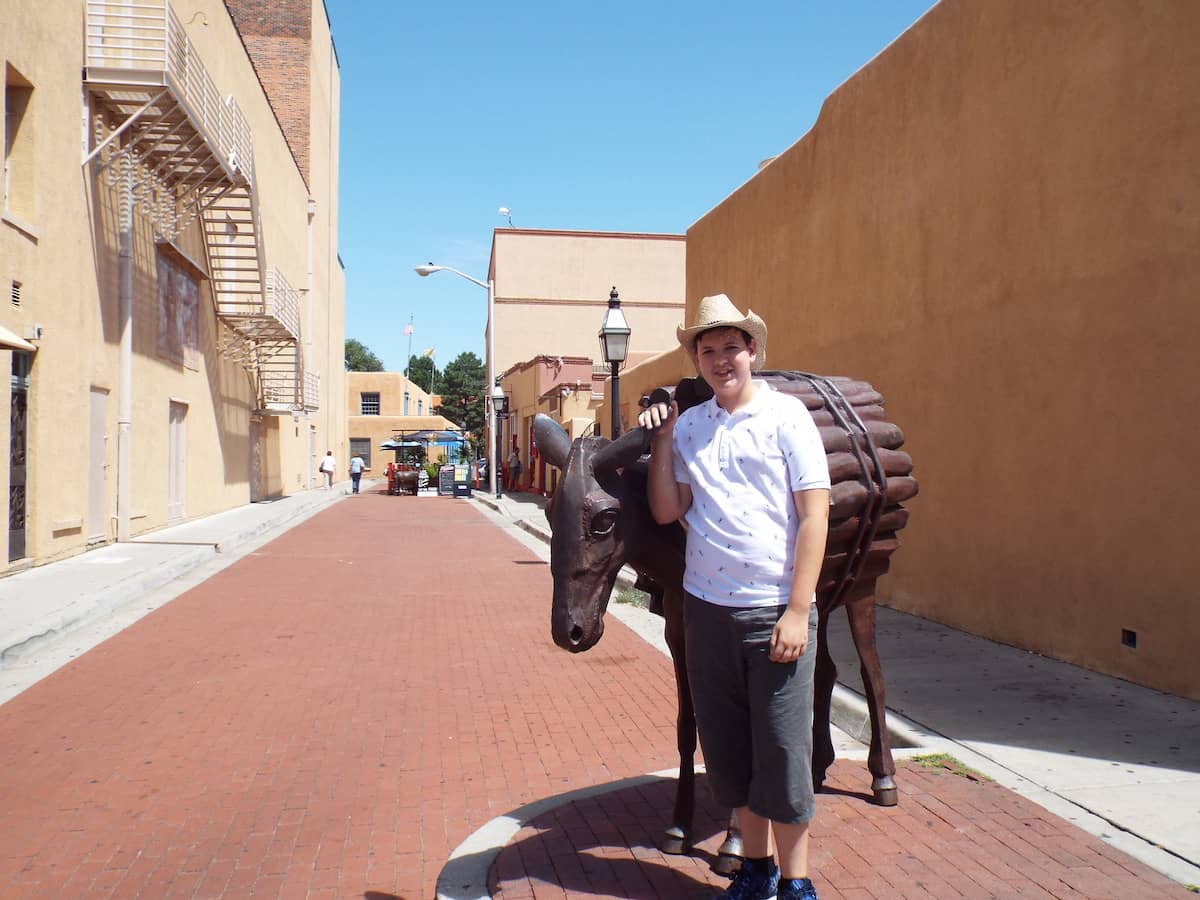 For lunch we ate Tamales wrapped in corn husks from a street seller. When the old Mexican chap found out we were English he delighted in telling us about the time when the Two Fat Ladies from England came and ate his tamales (Clarissa Dickson Wright and Jennifer Paterson – not just some random fat woman) whilst making a TV show.

That night we ate in a restaurant on the square and enjoyed the live music again. This time it was a country rock band that were so so and then a Blues band who were excellent. They played lots of delta blues and retold stories of hanging out with BB King – Cant get much cooler than that ! 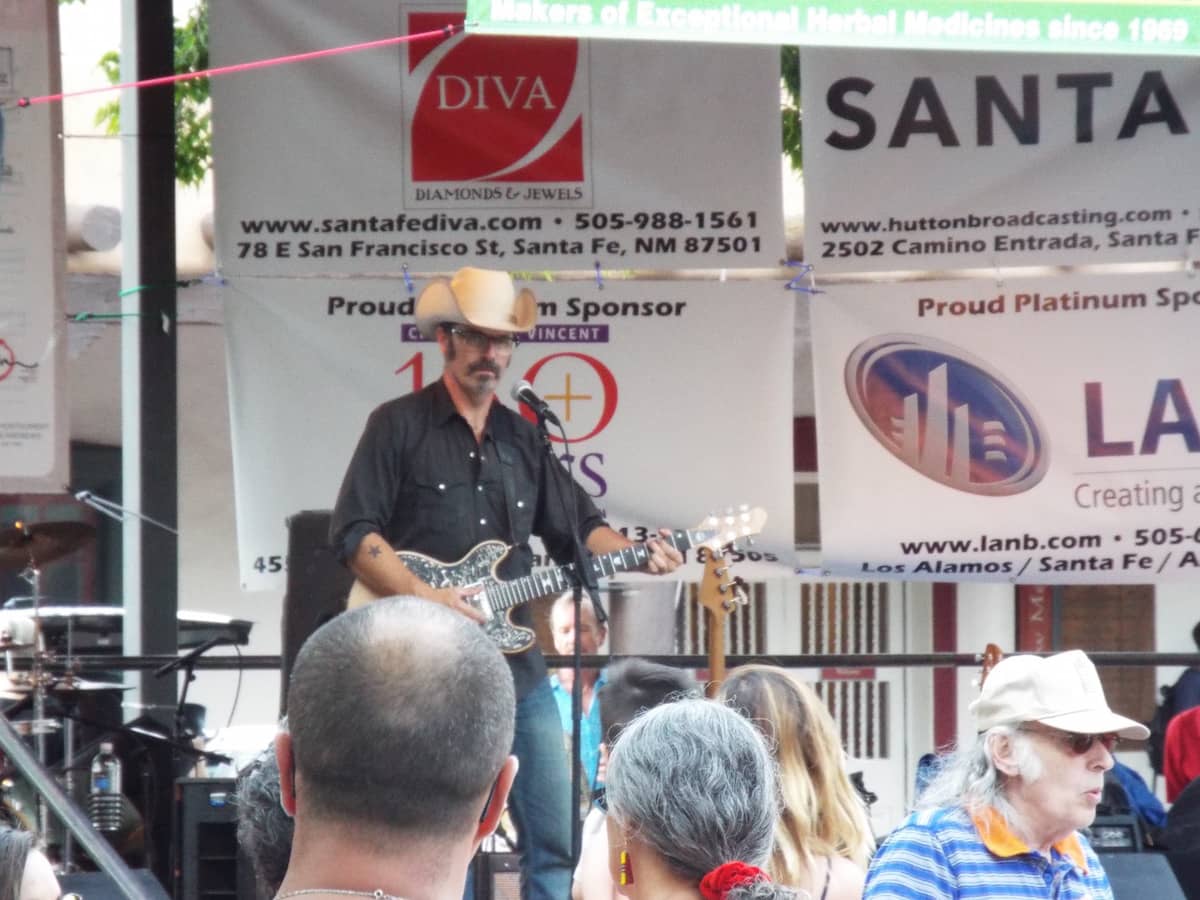 All in all was a nice and much needed relaxing day which ended with a tour around an American Fire Truck which had decided to just park up next to the square and let people have a look round after being called to a possible fire in one of the food sellers carts ( false alarm). That kind of thing would never happen in the UK – they would of been straight back to the fire station after severely rollocking who ever had made the call. 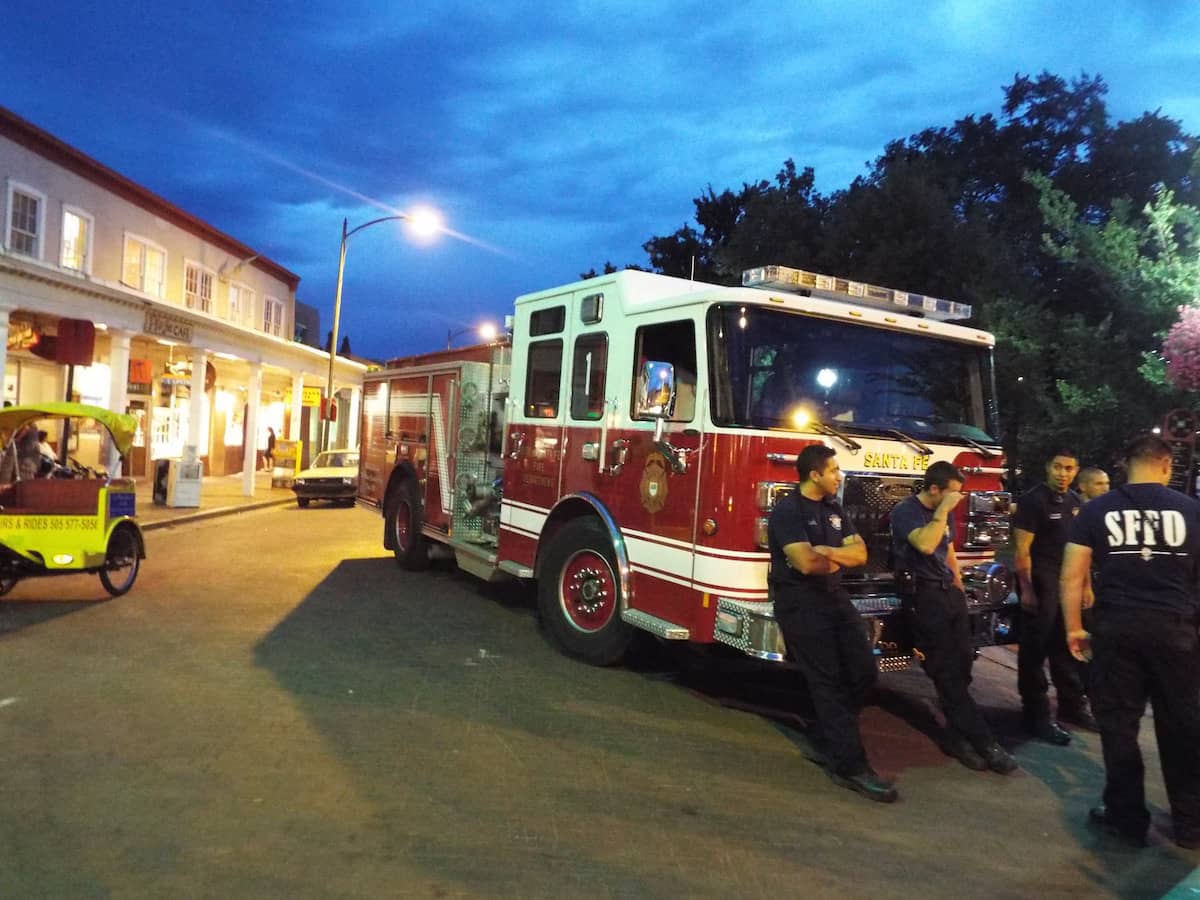 Santa Fe has deffo been one of the highlights so far. It seems that as different people and cultures have arrived over the years there has been an effort to integrate from everyone so its just a mass of Native Americans, Mexicans, Hippies, Skater Kids, people who have moved from the city all getting along and accepting and embracing each others differences. England could learn a lot from Santa Fe i think

One Comment on “A day of rest in Santa Fe”