Why am i blogging the road

This time one year ago I was sitting on a sun lounger, drinking a cold beer whilst watching my son jump in and out of a swimming pool. It was 40 degrees, the sweat was wetting the pages of my book and as nice as it was i was bored and yearning for a bit of adventure. 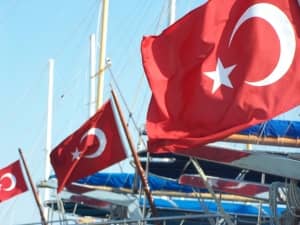 Since my son hit 9 years old he has been besotted by Marmaris in Turkey of all places. We had never set out to visit Turkey and if truth be told I’d always said “I’m not going there !” Then after several typically rainy August days in Britain we hit the internet to find somewhere abroad we could go that wasn’t too far and more importantly was cheap. The next day we were on a plane to Marmaris and despite my reservations we had a great family holiday. Since that first visit in 2009 we have been back almost every year on the insistence of Oscar but last year was the straw that broke the camels back. There are only so many times you can visit the same castle, walk the same bazaars, browse the same fake shirts and bags as you have done for the past 5 years so as i lay there by the pool, getting annoyed at the amount of kids running madly around the thought of driving Route 66 slowly made its way into my head. 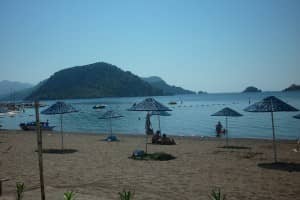 On our return to the UK we immediately set about researching Americas Mother road, we contacted a couple of travel companies who set about putting an itinerary together for us but generally speaking they were uninspiring and extremely expensive. I can stay in a Holiday Inn or a Best Western in Derby so why would i want to fly 4000 miles to do that ? I had seen the neon signs and the classic motels in films and on TV and thats what i wanted but none of the planned trips seemed to offer those so it was back to the internet to see if we could piece it all together ourselves.

Once we had got a rough route together and made sure we were taking in some of our must see places such as The Grand Canyon, Las Vegas, Santa Fe etc we used Trip Advisor to research hotels and make initial enquiries into prices and then started firing off the emails to mom and pop motels, booking plane tickets and renting cars and what was an idle thought by a Marmaris poolside was starting to become a reality.

Anyway, to cut a long story short (which i will cover in other posts), we are now under three weeks from the big off so i have started this blog and my Face Book Page to document the trip so family , friends and, well, anyone who wants to can join us along the way.

← Welcome to Blogging The Road
Our Route 66 Itinary →