Our first full day in San Francisco was spent walking up some very steep hills ! It doesn’t matter which way you head in San Francisco it would appear you’ll be heading upwards at some point.

We awoke nice and early Thursday morning and headed to Ihop for breakfast. The perfect way to start a long day of walking is with coffee, blueberry and buttermilk pancakes, bacon, hash browns, eggs and lots of maple syrup ! Its safe today the Ihop lives up to the hype and is highly recommended for a proper start to an American adventure. 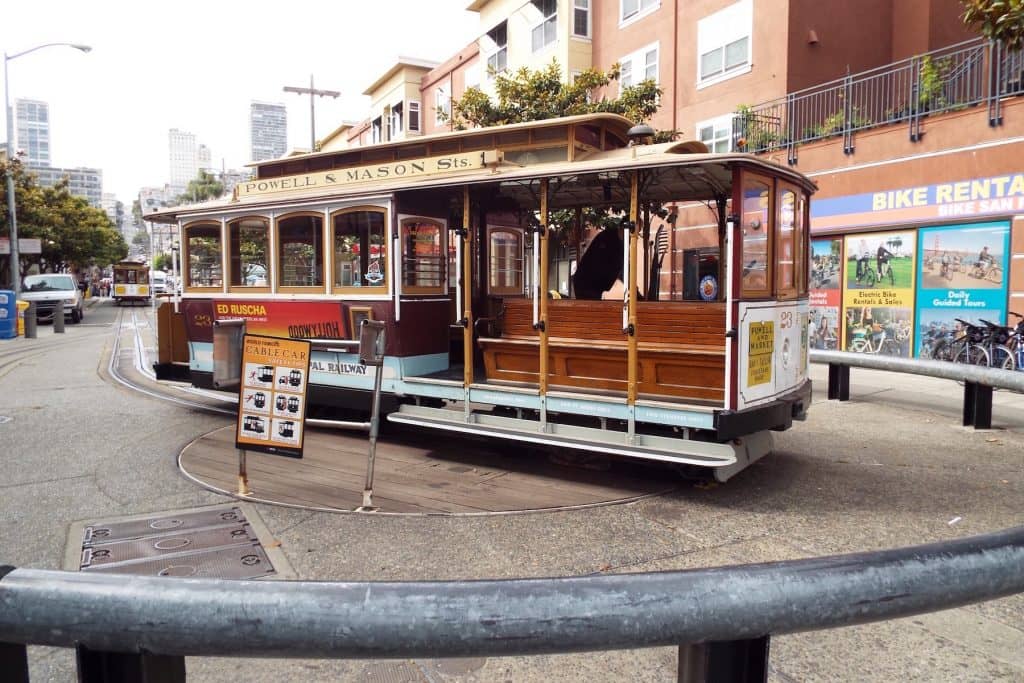 We wandered along the souvenir shops of San Francisco Fishermans wharf and headed up to catch the Powell – Hyde line cable car up to union square. We were in time to see them turn the car round by hand as the cars only have one grip end with which to grab the cable that pulls them up the hills and then we jumped straight on to start the journey. Its exactly like you would imagine it to be as the Cable car makes its way up the steep streets of San Francisco, passing through the residential area of Pacific heights and then onto China Town before ending in the shopping district of Union Square.

We did a little shopping at the Adidas shop on Union square and a bit of browsing in the Westfield centre and Barney’s (bit like Selfridges) before deciding it would be a good idea to have a walk up to see the famous San Francisco Painted Ladies houses and the bohemian hippy area of Haight & Ashbury Heights. On the map it didn’t look that far but the map failed to mention quite how steep the hills were.

We wandered along Market Street which reminded us of the Lower East side of New York, Safe but slightly on the edge lol. One second you would be walking past a bunch of business men, the next a bunch of down and outs ! We eventually got to Haight street and wandered for a couple of hours along various residential streets admiring the unique San Francisco architecture and taking in the painted ladies. 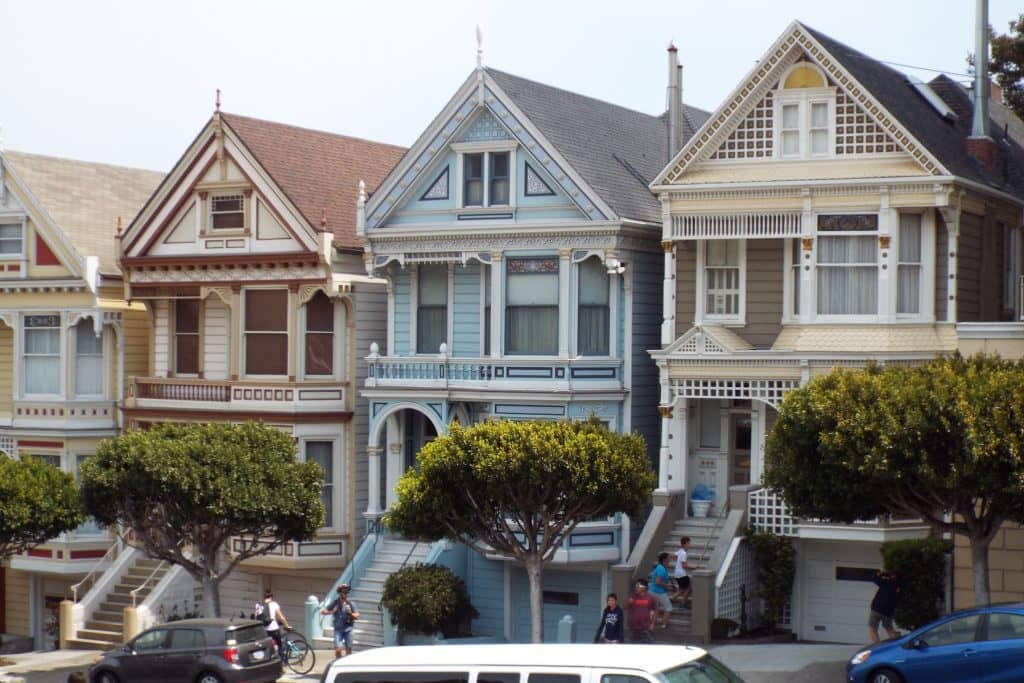 The painted ladies are apparently the most photographed houses in San Francisco and the term relates to a colourful victorian style of architecture. They were OK but nothing out of the ordinary really to a Brit who sees the style of housing in many UK sea side towns. After that we headed back to Haight street and the Haight-Ashbury area. This is the bohemian area of SF. Lots of trendy shops, lottos “head” shops and lots of, well, weirdoes really ! The place seemed to be a mixture of hipsters, hippies and those that haven’t had the best out of life. The stench of weed permeates every metre of the district and at one point whilst we were sat outside drinking a coffee a heavily stoned homeless guy asked us if we could spare a bush of weed !! It was an interesting area of San Francisco to say the least and whilst it didn’t live up to its mecca of independent shopping name it certainly was a worthwhile visit lol. We decided to take the bus back to Union square as we hadn’t the energy to tackle the hills again. I had an interesting conversation with a bearded guy who was quite obviously an ageing 60’s hippie about Sherwood Forest and we finally made it back to civilisation and main stream shopping. 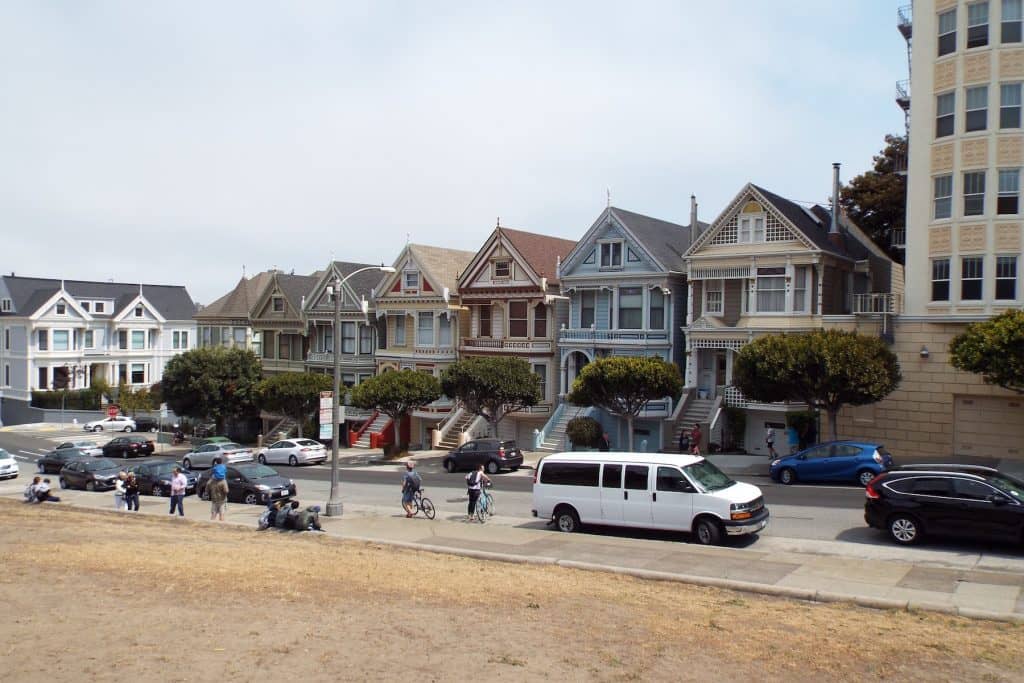 We had another drink in Union Square, had a wander round Macey’s and then jumped on the Electric tram back to Fishermans Wharf via the Financial District and the Embarcadero.

That evening we headed to Lori’s Diner for dinner which had great views overlooking the San Francisco bay, Alcatraz and The Golden Gate but the food was only so so. Not bad enough to complain about but not good enough to shout about. We then wandered back to the hotel along the Fishermans Wharf and more souvenir shops before falling into bed absolutely knackered at around 10:30pm.

One Comment on “San Francisco, hills and lots of walking”