just a quick outline of what we did in Chicago and where we visited on Thursday as we need to make tracks and head to St Louis today.

The day started with a traditional American breakfast at at the unofficial start to Route 66 in Chicago, Lou Mitchell’s. It’s exactly the kind of place a Brit would imagine if they were told to describe an all American diner. Booth seating, scarily cheery waitresses, coffee refills till the cows come home and piles upon piles of pancakes, crispy bacon and maple syrup. Absolutely perfect ! 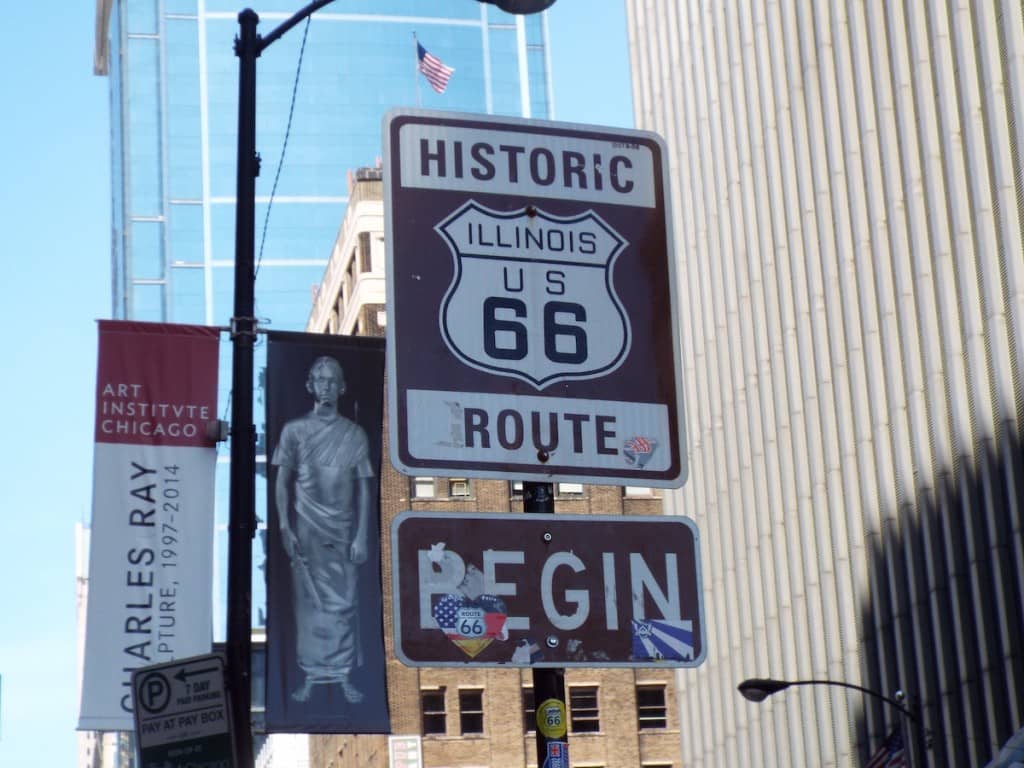 After that it was time to work off the breakfast and start pounding the streets of Chicago. First on the list was a trip up the Willis Tower to take a look at the city skyline and stand on the sky ledges. These are glass boxes that jut out the side of the 104th floor and allow you to stand on a platform with nothing below you but the tops of buildings and the streets.  An experience i can say i’ve done but wont be rushing back to do again ! 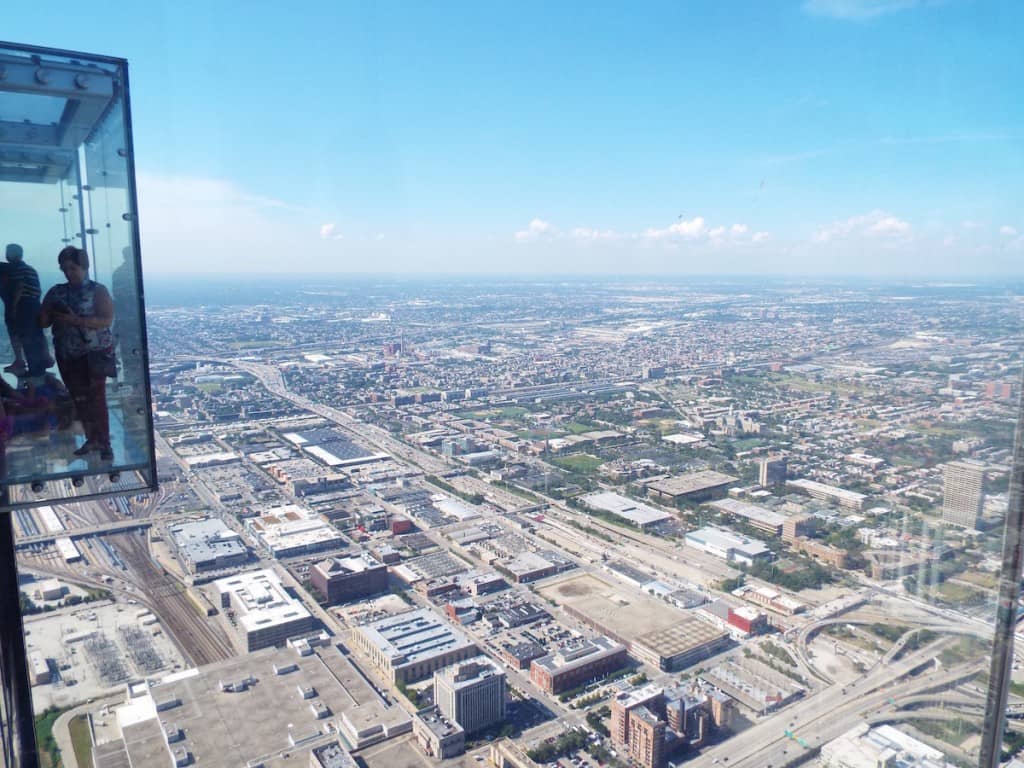 Next it was a long walk in the beating sun to take a look at Soldier Field – the home of the Chicago Bears. Always had a soft spot for the Bears as the first super bowl i ever stayed up late to watch was Super Bowl XX between the Bears and the Patriots. Unfortunately we couldn’t get into the stadium but took a few pictures, went in the shop and bought Oz a cap.

We then took a nice walk along the Chicago “coast line” of Lake Michigan and onto Millennium park to see the Cloud Gate which is a huge metallic bean that reflects the city skyline and makes for a good photo opportunity. 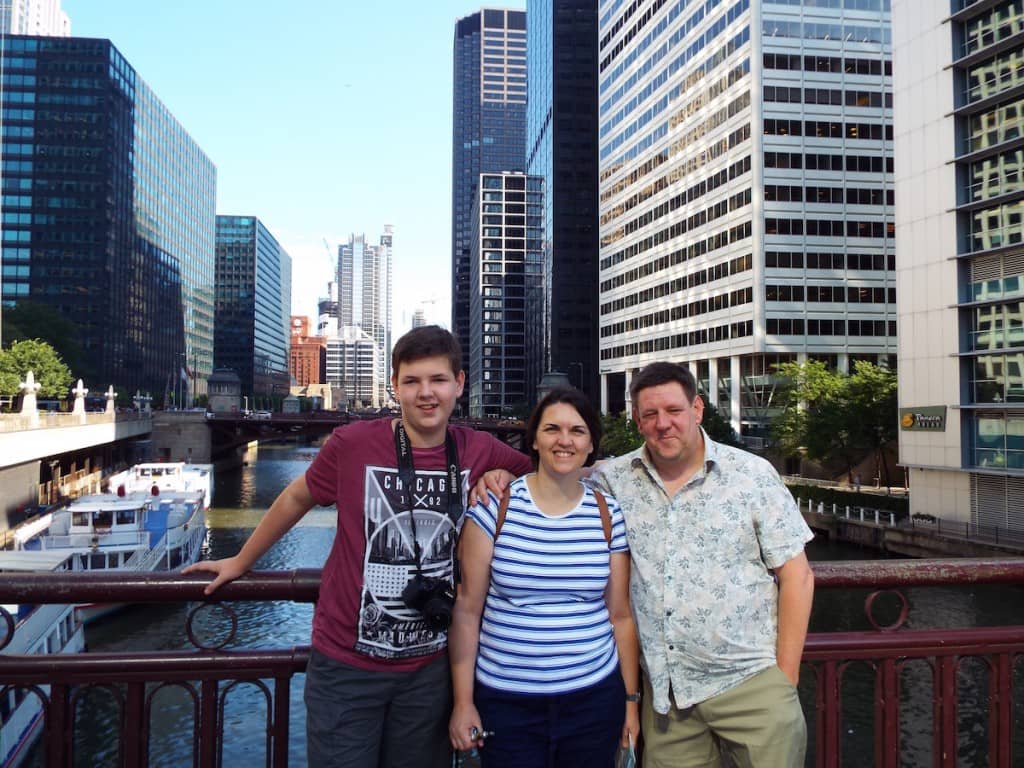 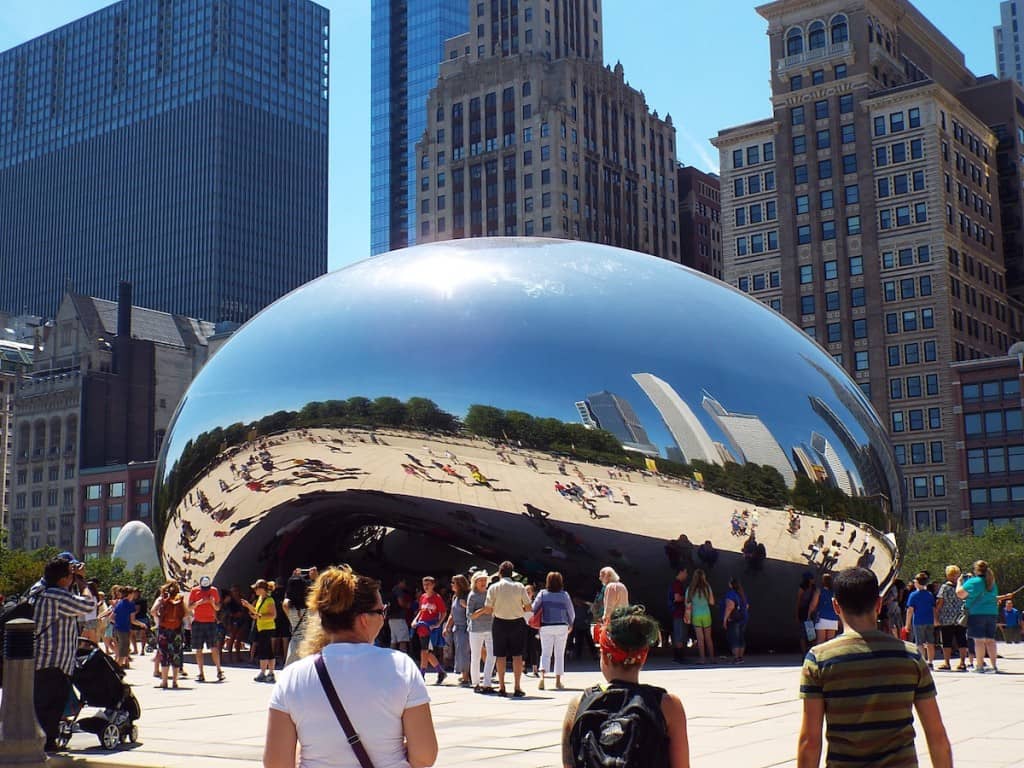 We then hit the Navy Pier to see what the fuss was about. And to be honest there isn’t much to fuss about. Think Skegness or Blackpool pier with slightly less tackiness but the same amount of rubbishness and you are just about there. Yes it has a nice big ferris wheel but other than that its tat shops and chain restaurants essentially. worth a brief visit but could of missed it out without worrying too much 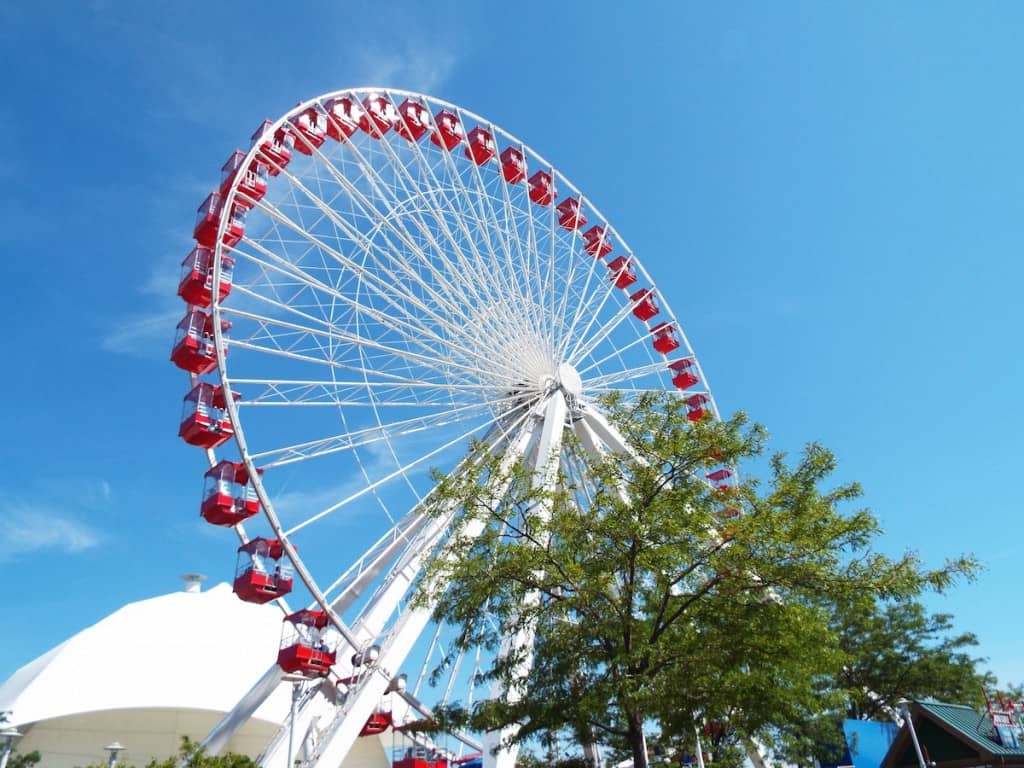 After that it was a gentle walk up Michigan along the magnificent mile which is the main shopping street of Chicago and back towards the hotel for dinner and a walk round late night Chicago taking in the delights of Seven Elevens and Starbucks before retiring to bed absolutely knackered !