We left the Big Texan early and headed just out of Amarillo to the Cadillac Ranch. For those who don’t know what the ranch is, its essentially a bunch of Old cadillac’s buried nose down in the  desert in 1974 as an art installation which people spray paint. 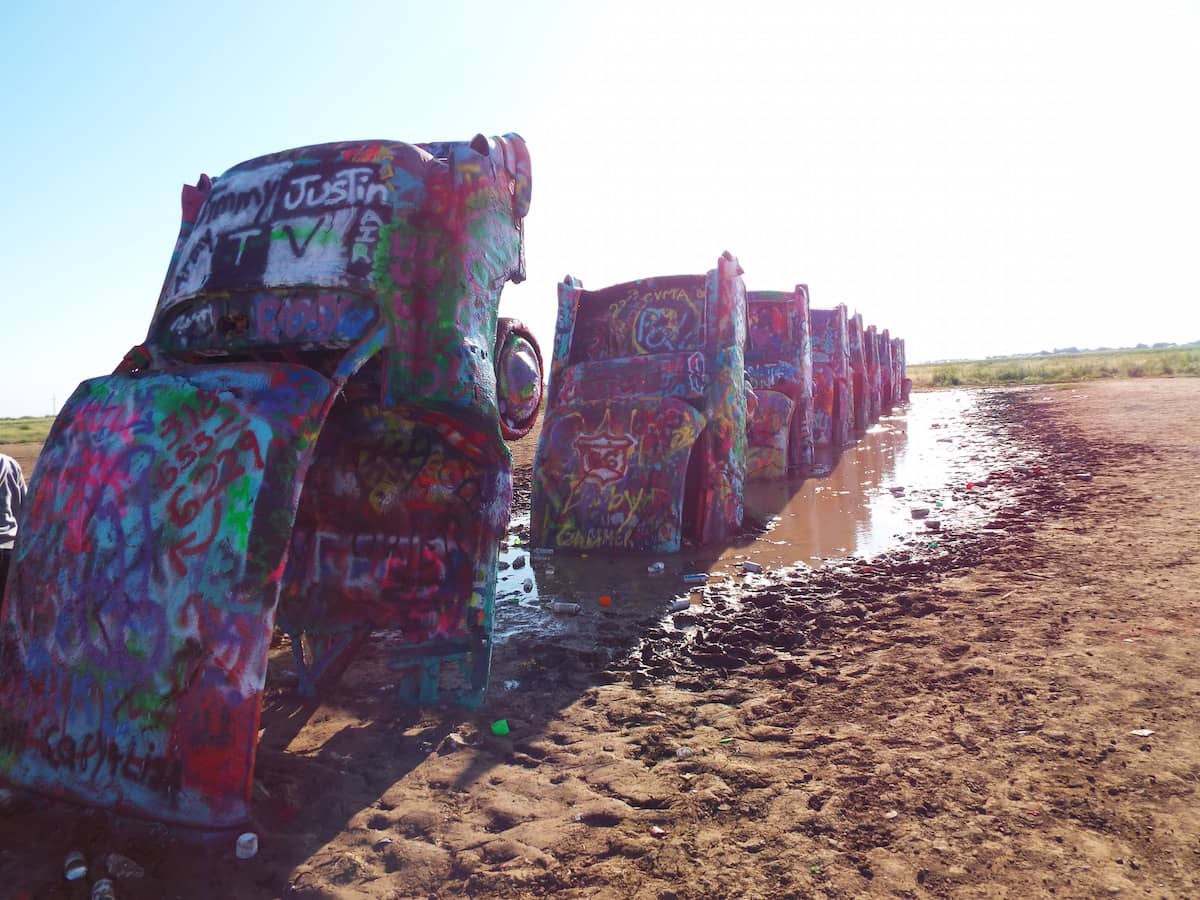 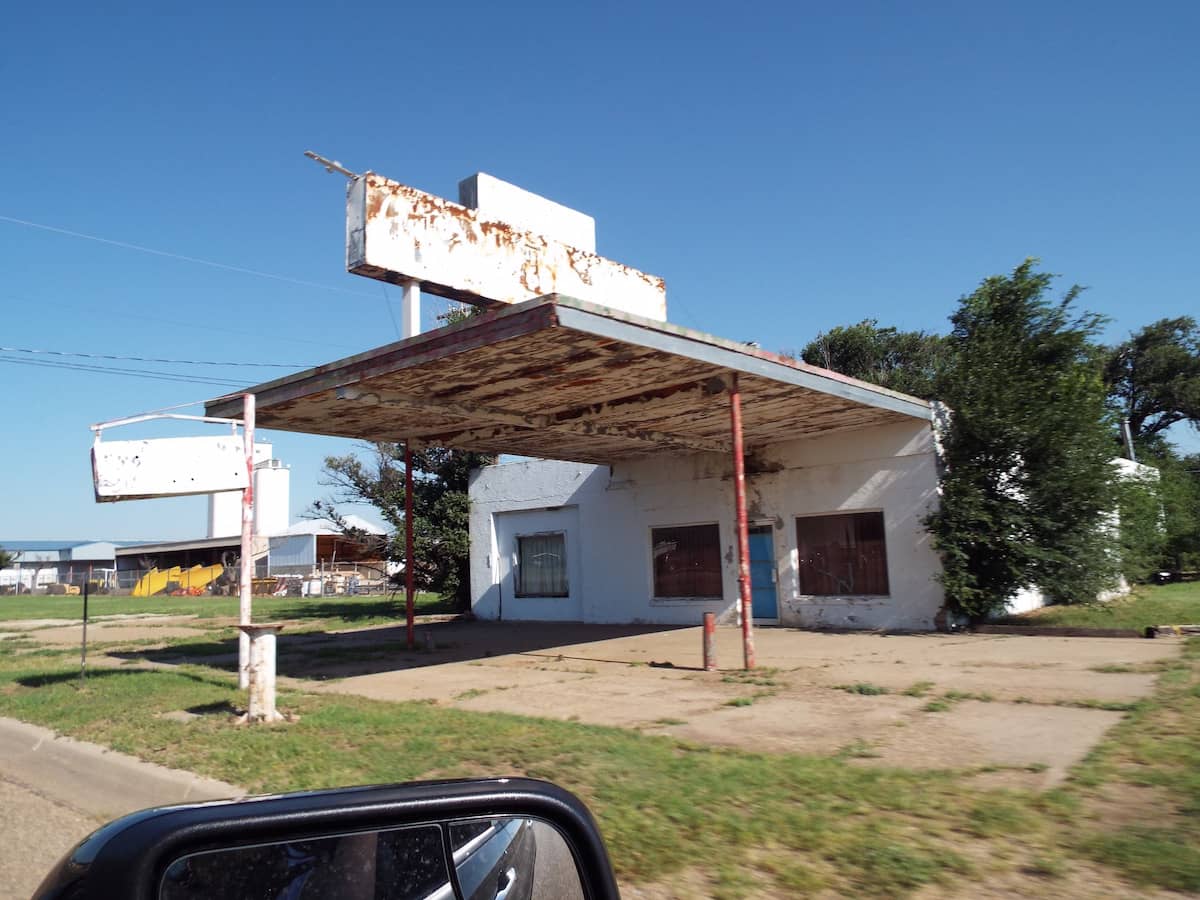 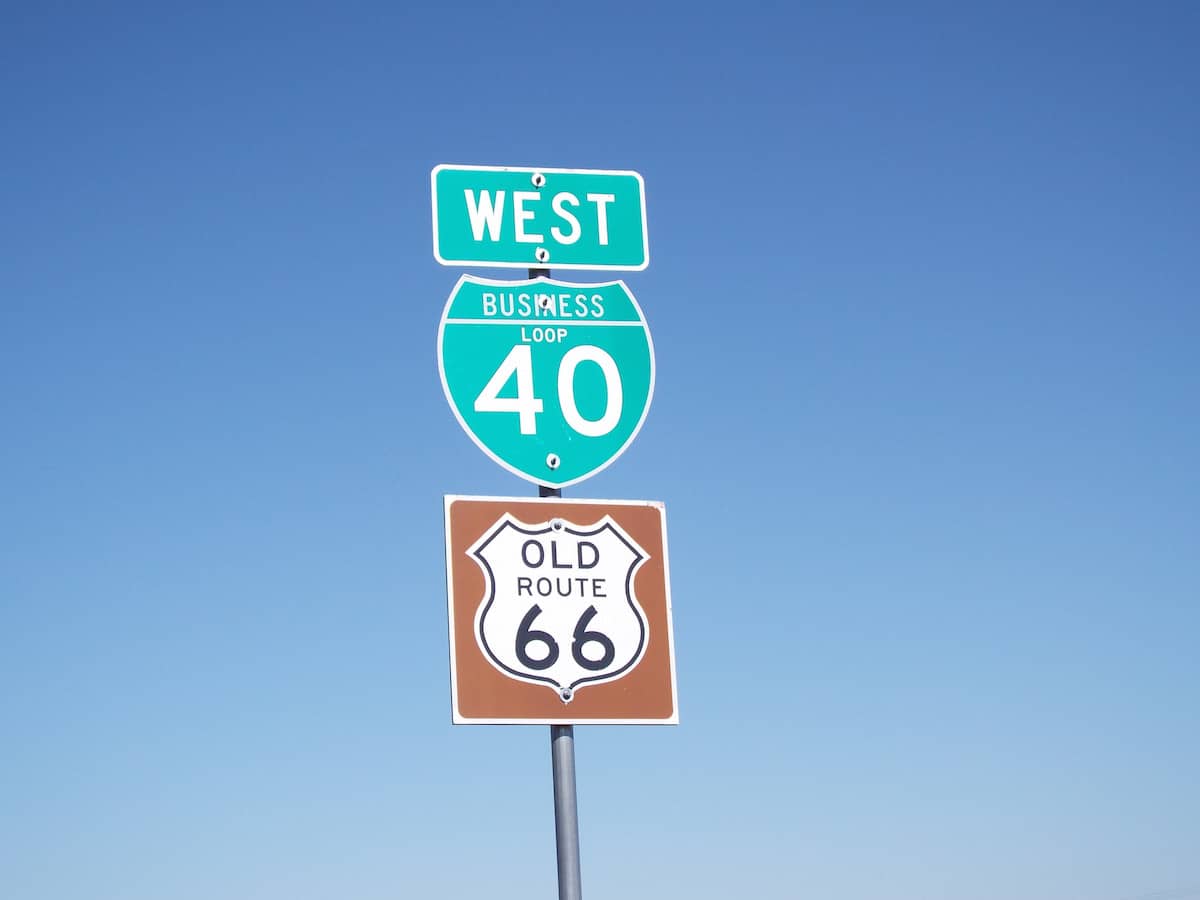 By 11am we had finally got to the Miid Point Cafe in Adrian, Texas. This is the point that is exactly 1139 miles to Chicago and 1139 miles to LA on route 66. We took a few pictures and headed into the cafe for a lovely pancake breakfast and plenty of coffee and then headed next
door to the Sunflower antiques gift shop. Oz got himself a cowboy hat. Whilst chatting to the owner, Fran, Oz mentioned that he liked the film Cars and it was at this point that Fran told us she was the inspiration for Flo in the film and was mentioned in the end credits along with the cafe. Oz had his photograph taken with her and got a signed picture and then it was back on the road to head to Tucumacari. 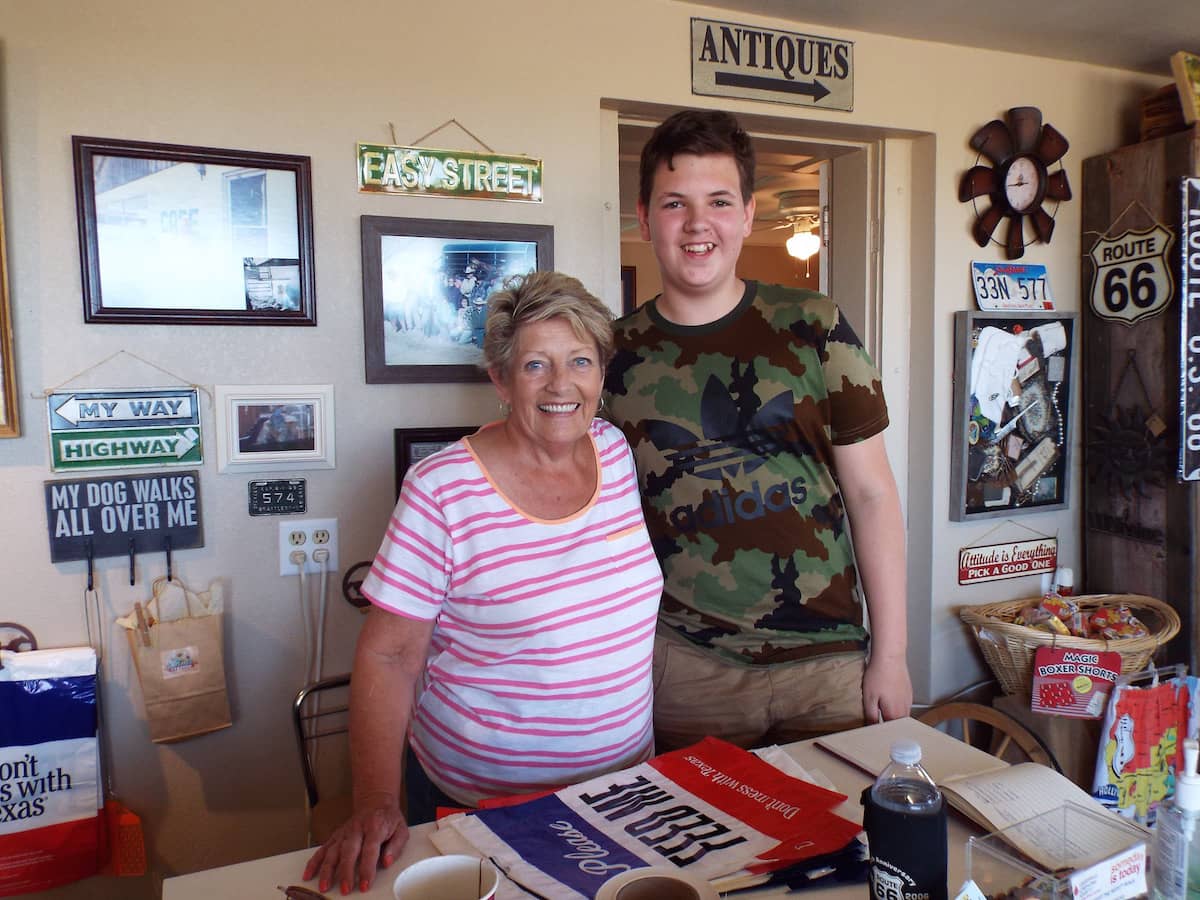 We took a slight detour off the I40 and into the ghost town of Glen Rio. The town consists of the remains of the courtyard motel and related Texas Longhorn Café and Phillips 66 service station and the post office. From Glen Rio we headed down an original unpaved part of route 66 and across the Texas border into New Mexico[ 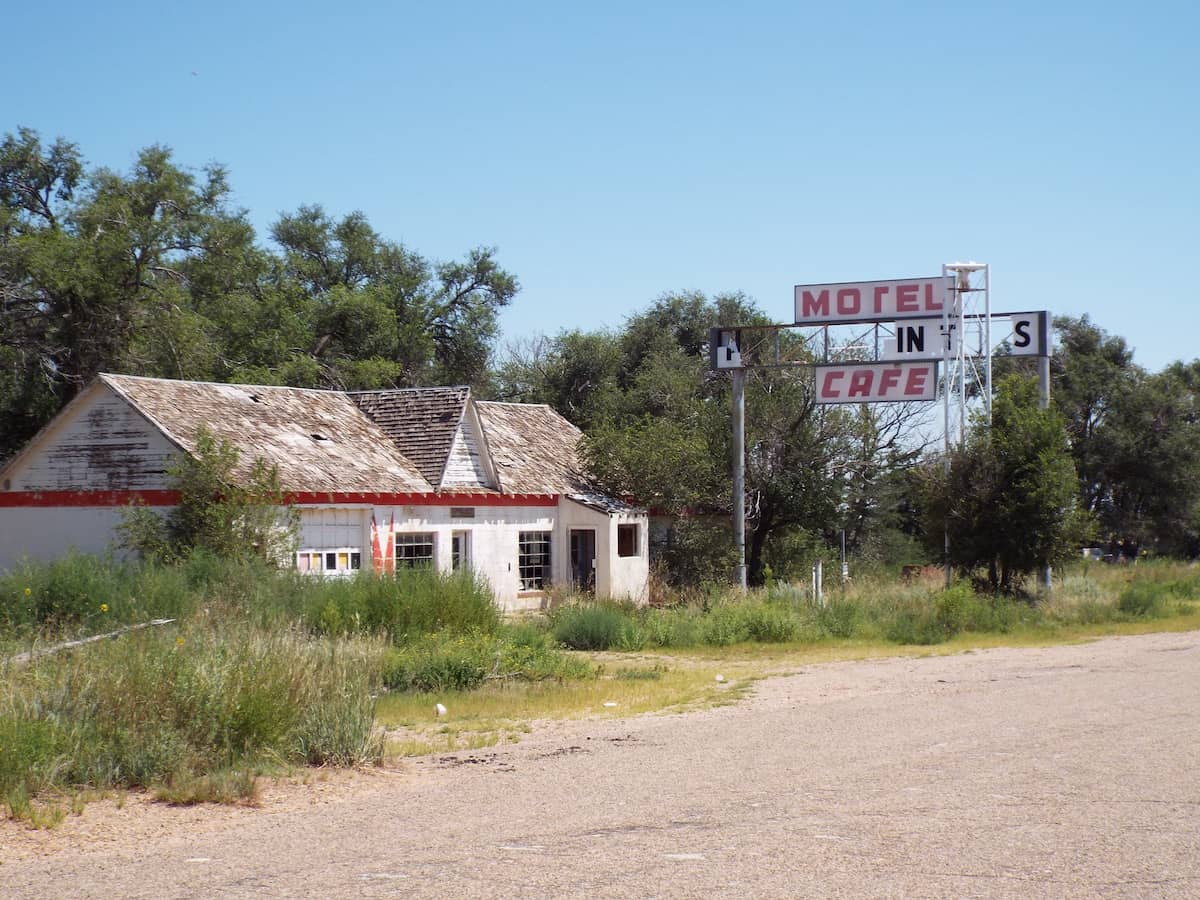 Our first stop at Tucumcari as we got there quite early was the Dinosaur Museum. It wasted an hour or so and was quite informative and worth a visit if you are in the area. We were really looking forward to Tucumcari. Staying in a classic 50s Motel on a street of classic motels with the Route 66 neons everywhere but got to say we were left quite disappointed ! 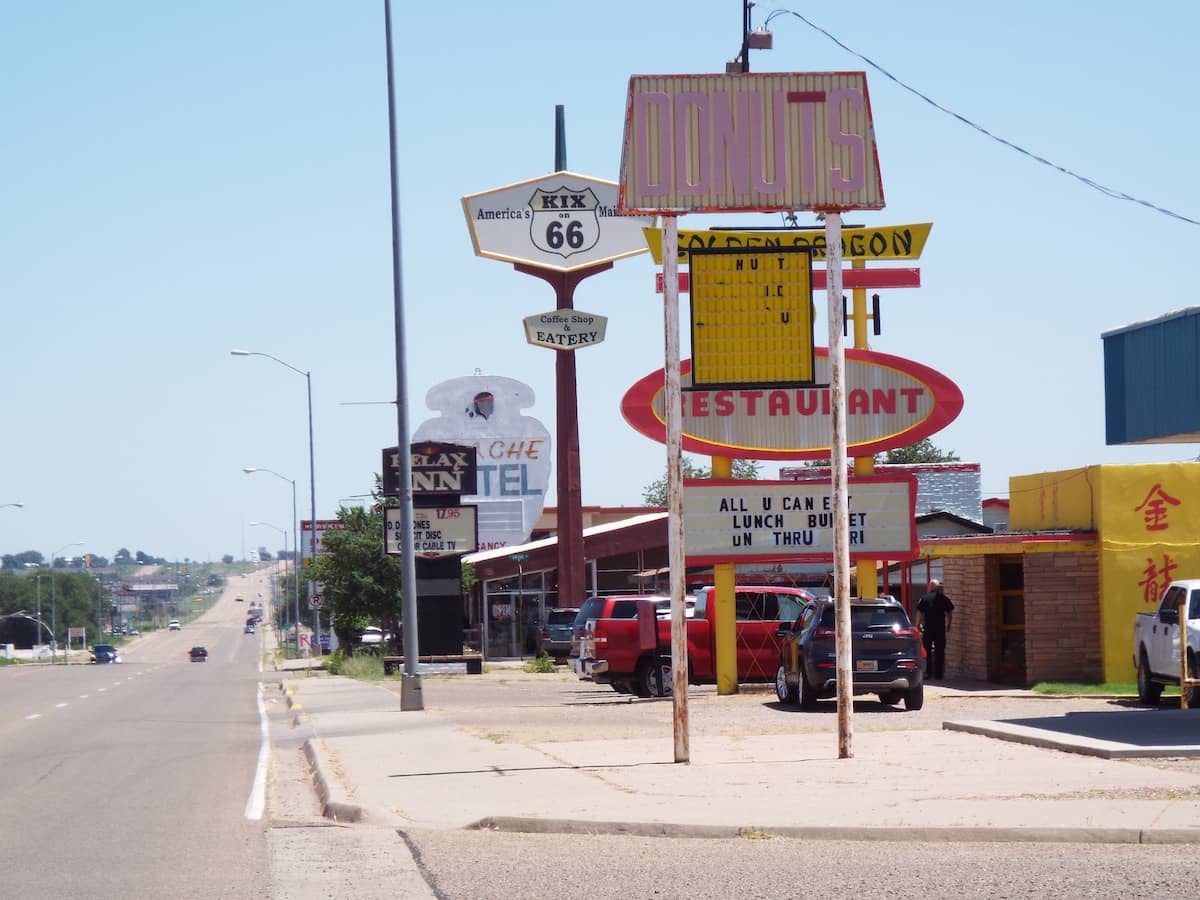 The Motel Safari where we stayed for the night was great, Lovely owner who gave us loads of information, nice clean room with the everything you need but the area seemed really run down. all the restaurants closed at 21:00 and we ended up eating in at a place called Del’s which although nice just seemed to lack a little something and the only place to get a late night coffee was the local McDonalds out of town. Id been hyped up at taking loads of pictures of neon signs up and down the strip but the only ones that were on were The Motel Safari, the Blue Swallow and Tee Pee Curios gift shop. 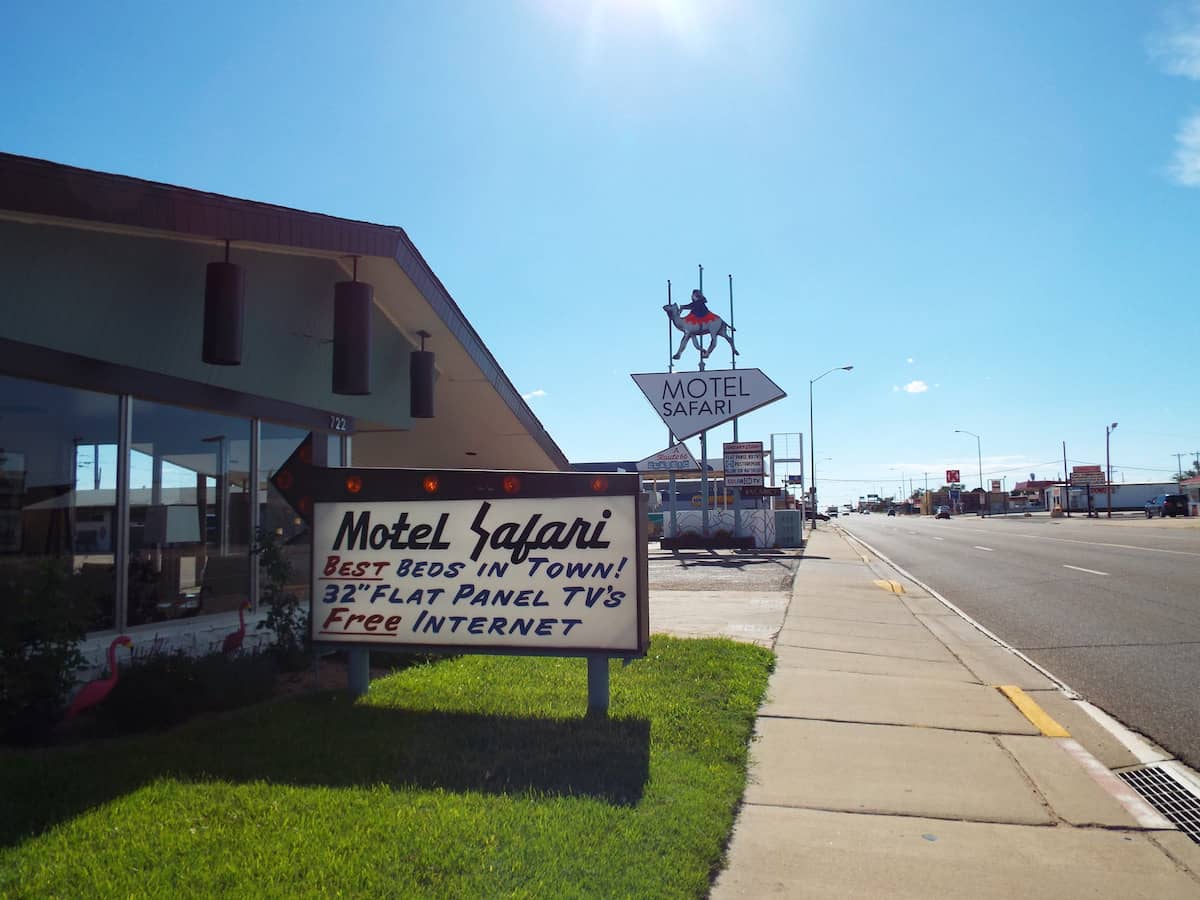 2 Comments on “Amarillo to Tucumcari”